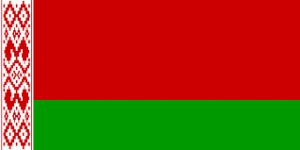 In early August, an ELN policy brief warned that a political crisis in Belarus would be one of the most likely triggers of a potential NATO-Russia confrontation. Such a crisis is now in full swing.

After stealing the 9th August election and unleashing unprecedented police brutality and political repression, President Aliaksandr Lukashenka has lost all legitimacy. Hundreds of thousands of people have taken to the streets across Belarus, demanding his resignation and new elections. Yet, boosted by Russian political support, Lukashenka won’t budge. The Kremlin has deployed squadrons of disinformation specialists and covert operators to Belarus, whilst also threatening a direct intervention under the guise of re-installing law and order. The European Union and the US should not stand aside. They should come out strongly in support of fundamental freedoms and human rights in Belarus. Doing so would not only mean staying true to their own principles and values but would also help advance the very cause that the people of Belarus are fighting for, namely having the right to choose one’s own government and express opinions without fear of violence and prosecution.

Support from the West could boost the morale of the protesters, who are less likely to feel abandoned and give up the protests. Some would argue that Western support provides Russia with a pretext or excuse to interfere. It has plenty of those already and is increasingly active in Belarus. In any case, a stronger and more motivated opposition movement within the country should increase the costs to Russia of greater involvement.

Belarus is undergoing a wide-ranging social transformation. For years, the core of Lukashenka’s policy was a so-called “social contract”, whereby the government provided for growing living standards while demanding that people stay away from politics and not try to influence policy-making. Now Belarusian society wants to be recognised and treated as an equal partner. It wants its voice to be heard and the government to be accountable to it. This new dynamic has been demonstrated in numerous examples of public mobilisation and self-help. These include volunteer movements that saved lives during the covid-19 pandemic and have helped the victims of post-election violence and repression (Belarusians have donated over Euro 3m to political solidarity funds); large-scale civic monitoring of the 9 August vote; continuous peaceful demonstrations against the rigged election outcome and brutality of the security forces; and growing local activism across the country, advancing democracy from the bottom-up. Society is growing out of its paternalistic relationship with the state. It is developing in leaps and bounds, and its genie cannot be pushed back into the bottle.

Yet, the repressive state machinery has financial and military muscle at its disposal. The authorities’ response to public demands has been a comprehensive assault on the rule of law and societal institutions. Journalists are being arrested for reporting on the demonstrations, doctors for speaking up against violence, lawyers for defending the rights of the plaintiffs, sportspeople for calling for fair rules of the “game”, and members of the emergency services for refusing to rush a fire vehicle to bring down white-red-white flags that people put up high on their balconies. The Kremlin is supporting these tactics. Its objective in Belarus appears to create another “festering wound,” akin to Abkhazia or Transdnestria, thereby reasserting its power and spheres of influence to the West. If transatlantic institutions do not mount a strong united front to Russia’s meddling in Belarus, in support of Belarusian civil society, European security may be compromised by another protracted conflict on the EU’s frontier.

The Western response should be three-pronged – sanctions, solidarity and support. The EU, the UK and the US should immediately impose targeted, Magnitsky-type, sanctions on those responsible for electoral fraud, post-election violence, and ongoing political repression in Belarus. The list should be comprehensive. It needs to include not only top officials but members of the election authorities at all levels; the riot police and other Interior Ministry troops dispersing peaceful demonstrations; investigators from the KGB, the Investigative Committee and the State Control for Economy as well as prosecutors responsible for arbitrary arrests; and judges handling down politically-motivated sentences. Imposing sanctions on their family members should be considered too, as often children of the complacent individuals’ study or work abroad. Similarly, the recent evidence shows that publicising the identity of the security services and the risk of Western sanctions are effective deterrents.

More pressure should be exerted by the West on Lukashenka’s regime to release all political prisoners and embark on a genuine dialogue with civil society to exit the current impasse. The people of Belarus are demanding a fresh election as a way out of the crisis, and this demand should be fully supported by Western democracies. Western leaders and institutions should use every opportunity to reiterate to Lukashenka and the Kremlin that the latter should hear the voice of the Belarusians. Both Belarus and Russia should be warned that further sanctions would follow if the regime in Minsk refuses to call a new election and continues to engage in violence and political repression. Stronger sanctions could, for example, target companies owned by oligarchs close the regimes in Minsk or Moscow. They could also limit Belarus’, and further restrict Russia’s, borrowing on international markets – a measure that might be felt strongly, bearing in mind the current deficits in the countries’ respective budgets.

Solidarity is an enormously powerful tool. It could be expressed in letters and short videos from professional associations, political parties, individual politicians and business companies, containing condemnation of the authorities’ actions and expressing solidarity with the people of Belarus. Professional organisations could also carry out training and other pro bono educational activities to share information and boost the knowledge, skills and the morale of Belarusian counterparts at this difficult time. For example, workers, who have been prominent protesters from the outset but are most vulnerable to the regime’s political and economic pressure, would benefit from support by international workers and labour groups, including coaching in how to exercise their rights effectively and set up independent trade unions.

Human rights abuses should be investigated internationally, and Western leaders should make it clear to the Belarusian authorities that civil rights and liberties are universal. Claims of sovereignty and domestic affairs cannot cover them up. Given the dedication of the people of Belarus to protest peacefully in the face of continued violence and repression, their nomination for the Nobel Peace Prize could be considered.

The West should freeze financial aid to state institutions, including through EBRD and EIB loans, until the regime starts comprehensive political reforms. These funds should instead be redirected to civil society. Overall, financial assistance to non-state actors should increase. It could focus in two areas: first, on immediate help and the rehabilitation of victims of political persecution and repression (e.g. through solidarity funds); second, on providing access to citizens to information and debate on the current situation, future visions of Belarus and in practical support for building long-term democratic structures. Examples could include supporting independent media and social media channels, such as Telegram, which have become an important political voice and source of information for millions of Belarusians. Money is needed to cover running costs, as private advertising is becoming increasingly difficult. It can also be used to financially support journalists in the face of continuous fines and penalties; to launch alternative websites as the authorities shut down existing media sources; to buy new equipment to replace what is confiscated; and to counteract the massive disinformation campaign. Bearing in mind the rising local activism and interest in politics from diverse social groups, funds and expertise are needed to help Belarusians to set up democratic structures, political parties and NGOs. These may prove essential in advancing people’s struggle to promote democratic changes in Belarus.

For years, Belarus had been considered an authoritarian backwater, while donors have been focused on other countries which displayed a greater appetite for reform. This needs to change now. Belarus has shown that it is ready to be an agent of its own fate. The EU, the UK and the US should support this cause, for the sake of their integrity and the strength of their soft power abroad.