10 Dec 20. Despite the Department of Defense (DoD) making strategic moves to improve its communications technologies, a new study finds challenges still exist in fulfilling a successful military communications technology strategy for the multi-domain battlefield. Concerns regarding the DoD’s acquisition process and cybersecurity were revealed in the study, conducted by the Government Business Council (GBC), the research division of Government Executive Media Group, in partnership with Viasat Inc., (NASDAQ: VSAT) a global communications company.

According to the second annual State of Military Communications study, respondents reported the top three causes of defense communications technology deficiencies in their agencies include: limited funding, incompatibilities with legacy architectures and cultural complacency. Cultural complacency was also reported as the number one reason why defense agencies continue to contract with companies from the Traditional Defense Industrial Base (TDIB) over companies from the New Defense Industrial Base (NDIB).

Other key findings from the study include:

Acquisition remains a barrier to a U.S. military lead in defense technologies

Investments in cloud, analytics and communications are being made to support the next-gen warfighter

“As the defense landscape evolves, global military prowess will no longer be determined by artillery alone; command over information — and the digital channels that convey it — will determine the victor,” said Daniel Thomas, director, Research & Strategic Insights, Government Business Council. “This year’s State of Military Communications survey continued to highlight the need for the DoD to increase its communications modernization efforts to remain competitive against global adversaries to drive real-time decision making and information sharing.”

“In its second year, the State of Military Communications survey once again spotlighted the need for enhanced communications to help bridge the multi-domain battlefield and support our warfighters,” said Ken Peterman, president, Government Systems, Viasat. “Status-quo acquisition models anchored in cultural complacency must evolve, the pace of technology deployment must align with the speed of relevancy and a focus on security, cloud computing, communications and analytics are all needed to ensure our U.S. competitive military advantage does not erode. Viasat is at the vanguard of the New Defense Industrial Base, focused on bringing innovative business models and game-changing technologies to the defense sector with the goal of creating unprecedented warfighter capabilities and mission outcomes.”

A complete copy of the Second Annual State of Military Communications Study can be found here: https://www.viasat.com/sites/default/files/media/documents/state-of-mil_comms_final_report.pdf

About the research and methodology

Government Business Council, the research division of Government Executive Media Group, in partnership with Viasat, conducted the State of Military Communications survey, an in-depth study of senior military decision-makers. The study, now in its second year, was fielded from September-October 2020, to a random sample of U.S. active military and DoD civilians from across the nation. Responses of 195 defense employees were captured after quality control and screening, with about 40% of respondents identifying as GS/GM-13 level or above (including Senior Executive Service). Respondents represented all branches of the military, with the greatest input from the Air Force, Navy, and Army in the 2020 survey.

Viasat is a global communications company that believes everyone and everything in the world can be connected. For nearly 35 years, Viasat has helped shape how consumers, businesses, governments and militaries around the world communicate. Today, the Company is developing the ultimate global communications network to power high-quality, secure, affordable, fast connections to impact people’s lives anywhere they are—on the ground, in the air or at sea. To learn more about Viasat, visit: www.viasat.com, go to Viasat’s Corporate Blog, or follow the Company on social media at: Facebook, Instagram, LinkedIn, Twitter or YouTube. 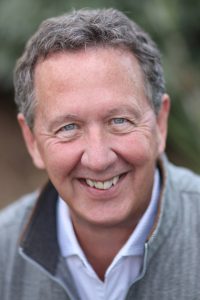 Under Ken’s leadership as President Government Systems, Viasat has built a culture of passionately focusing on the warfighter’s mission and applying technical innovation to empower the warfighter in new and different ways – ways that many never dreamed possible. He has led Viasat’s transformation in becoming a prime communications provider to the US DoD, with a commitment to connecting the world’s toughest missions and ensuring that mission operators have the information they need, where and when they need it.

A distinguished leader in Defense & Aerospace, Ken Peterman has helped shape the strategic landscape in tactical and satellite communications, cybersecurity, and C4 defense technology sectors through successful tenures at the President/CEO and VP/GM level of several top defense companies, including ITT Exelis, Rockwell Collins, and Raytheon. He has accumulated deep credentials via successful leadership experiences in a diverse array of organizational cultures and geo-political environments across over 40 years in the defense segment and is a respected thought leader among US and international senior leaders.

Along with his wife, Jennifer, Ken’s charitable and philanthropic efforts primarily focus on environmental conservation and providing assistance to socially and economically disadvantaged in certain US communities, as well improving education and economic stability for women and children in certain developing countries. Ken serves on a variety of boards and advisory groups where he helps advance the strategic trajectories of the military communications and technology sectors.

Josh Okada is a Senior Research Analyst for Government Executive Media Group’s (GEMG) research arm, Government Business Council (GBC). Prior to GBC, Josh worked in research at institutions, such as the Council on Foreign Relations. As a published researcher, Josh has garnered experience analyzing primary and secondary data to identify trends in government. Now at GBC, he hopes to provide that expertise to government officials.