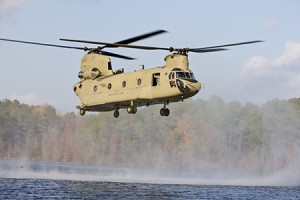 In service with defence forces of at least nineteen countries internationally and in service with the UK military for over 40 years, it is extremely pleasing that the MOD has now completed negotiations with the Pentagon that will allow it to acquire 14 of the latest Extended Range (ER) version of this hugely successful and never bettered rotary heavy lift capability.

Proven in battle and operated by the UK in each and every major conflict since the Falklands War in the early 1980’s, Boeing CH-47 Chinook capability remains not only highly-versatile but one that can operate in a diverse range of environments and transport up to 55 personnel or ten tonnes of cargo.

With a top speed of 300 kilometres per hour, the new H-47(ER) version of Chinook and which the MOD has now confirmed an order for 14 new aircraft at a cost of £1.4bn, the substantially upgraded new aircraft will have advanced digital cockpit technology, a modernised airframe that will increase stability and improve survivability together with a digital automatic flight control system that will allow pilots to hover in areas of limited visibility.

The 14 new Boeing Chinook aircraft will be purchased from the US via a Foreign Military Sales agreement that includes ongoing development and manufacturing over the next decade. Deliveries are scheduled to start in 2026.

The new helicopters will be based at RAF Odiham, home of the current fleet of 60 Chinook HC1 to HC6 variants currently in the UK inventory. Older aircraft will be replaced although the MOD has not stated how many aircraft will eventually be withdrawn as the replacement H-47 (ER) comes on stream. However, I would in this case conjecture that the current inventory of 60 UK Chinook capability may well be allowed to shrink back to 50 aircraft by 2030 when all new aircraft have been delivered.

Although all then surviving Royal Air Force Chinook HC1 capability were upgraded to HC2 standard during the 1990’s these aircraft were originally delivered between 1980 and 1986. A total of 46 HC4/5 and 6 variants in service with the RAF were upgraded under ‘Project Julius’ after 2008 – this included fitting of digital flight deck avionics. A further eight Chinook HC3 aircraft were ordered in 1995 although these did not enter service until 2012 and 14 HC Mk 6 aircraft were ordered in 2009 by the Gordon Brown Government.

DE&S 2025 is the MOD’s response to the already announced Integrated Review of Security, Defence, Development and Foreign Policy process. Welcome for the clarity it provides, DE&S 2025 sets the course for what the procurement organisation suggests is “a significant evolution in how we procure and support military equipment solutions for this Information Age”.

The strategy builds on what the organisation terms as “our strong track record of delivering complex acquisition programmes for the UK’s Armed Forces” adding that “Since 2014 we have delivered over 4,500 contract awards, worth more than £47 billion and managed 80 per cent of the UK’s biggest and most complicated defence programmes. We continue to play a major role in the prosperity of the UK by spending £8 billion every year on UK contracts and through this, support more than 88,000 jobs.

The strategy details some very interesting facts such as that each year DE&S delivers a programme of work worth over £10bn, has 11,500 employees and 600 live order book items at any one time, that it delivers over 80% of the MOD’s largest and most complex equipment projects.

DE&S says that “the new strategy will ensure we are best placed to help Defence deliver its future integrated force, and support wider Government priorities, from creating jobs and levelling up prosperity, to driving environmental change”.

Announcing the new strategy in a 31 page document and which I have yet to complete fully reading, CEO Sir Simon Bollom said: There is a demand from our military clients for greater pace and agility  but not at the expense of certainty in programme delivery, and our role is to meet their needs – now and into the future”.

It should be remembered, as the document itself reminds, that “As a professional delivery organisation, DE&S is supported by its status as being a bespoke trading entity and an arm’s length body of the MOD. We have certain freedoms which help us to develop the skills we need and to deliver significant financial benefits. We invest in our people to ensure we have the capabilities, thought leadership and professionalism demanded by our clients. Our hugely diverse mix of civil servants, such as engineers, project managers, commercial specialists and logistics experts, work alongside our military and private sector colleagues. We have clear accountabilities to drive ownership, decision-making and transparency. We are supported by a tailored governance structure with an independent board”.

“The publication of the Integrated Review and the new investment that this brings provides an opportunity for DE&S to seize the moment and deliver a further step-change in our performance in line with the new Defence Command Paper and priorities. This strategy provides us with the focus to raise our ambitions and deliver for our Armed Forces and wider society”.

Other important points to note and that I will no doubt comment on in due course is strategy delivery. On that score DE&S says that “We will deliver the strategy by focusing on five priority areas. Through these, we will ensure we can provide the Armed Forces with some of the most advanced technology equipment needed to maintain their operational advantage.

DE&S has come a long way since the ‘Gray Report’ in 2009 highlighted that the defence procurement/acquisition system and process needed to be radically overhauled. Bernard Gray started that process himself and suffice to say, made himself unpopular with some. Nevertheless, when something stares you in the face as requiring change as the former material strategy policy certainly did, he was the right man to drive the first stages of that process through. That said, industry which is always prepared to be challenged to change was to an extent left out in the cold. That needed to change and while there is still much more work to be done, Sir Simon Bollom and his DE&S team are deserving of much praise for the effort and change that they have put into effect so far.

There is and always will be room for improvement but the bottom line is to have procurement agency, military and industry working on the same side, for the same aims and achievements. Let us hope that this new strategy is as good as its word.