For almost forty years, Western armed forces have relied upon the U.S. NavStar global positioning system (GPS) constellation to guide them both on and off the battlefield. Initially, GPS was fairly rudimentary and GPS user equipment was large, unwieldy for combat operations and power-hungry – all enemies of dismounted troops.

However, initial man-portable GPS receivers began to be fielded in 1988, with some 1,400 manpack receivers produced and fielded during Operation Desert Storm – bringing an invaluable improvement in navigational accuracy to U.S. and Coalition forces in the featureless Iraqi desert. Since this initial success, Western armed forces have become increasingly reliant upon GPS in all fields of military navigation – dismounted troops, ground vehicles, aircraft, ships, and especially weapon systems – with over 139,000 GPS guided weapons alone deployed by U.S. forces since 2014, mainly in Middle East and Central Asian theatres of operation. The major powers have now become reliant upon GPS in military operations. From dismounted troops navigating from point to point, to the ability to place a precision guided weapon through a specific window in a target building. The problem is, our adversaries know this and are constantly striving to counter the effectiveness of GPS and weapons precision. 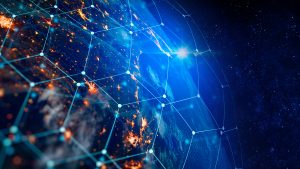 Whilst GPS is suitably accurate for all military operations (actual accuracy figures of the military (P/(Y)) Code vary dependent upon source) the signal itself is extremely weak by the time it is received on Earth. This poses a number of challenges to military users. Two of the most obvious and important challenges are GPS jamming and GPS spoofing. Jamming is the deliberate interference with signal reception, whilst spoofing in simple terms is the intentional deception via signal recording and rebroadcasting, causing GPS receivers to provide erroneous locational data to users. The aim of both jamming and spoofing is to miss-locate enemy forces and especially precision guided munitions (PGMs). Military Y-Code receivers are extremely well-protected from spoofing by their SAASM (Selective Availability Anti-Spoofing Modules) technology, which leaves just the GPS jamming challenge. It is easy to consider GPS jamming as little more than an inconvenience. If GPS location data is unavailable, inertial navigation systems (INSs) or in the case of dismounted troops or vehicles, paper maps and compasses, can provide location information. However, loss of position is not the only critical factor; loss of timing can be equally critical.

Loss of timing can affect all on-board systems and lead to the decay and eventual loss of data links, communications, identification friend or foe (IFF), radar, etc., as these are all generally reliant upon GPS time. The longer GPS is denied, the more vulnerable these on-board systems become, and eventually they will begin to loose synchronisation and drop off their various networks. Equally, loss of platform GPS denies it the ability to program GPS guided weapons (GPSGW) from within a jammed environment, platforms can be faced with no GPSGW, no communications and no situational awareness. This makes the prosecution of the mission all but impossible, leaving the platform vulnerable not only to the enemy, but to friendly forces, too – since an aircraft retuning to friendly airspace without IFF, tactical data links, or communications can soon become a target. 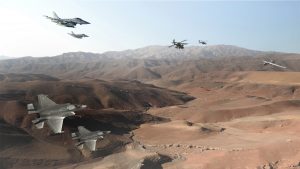 Recently, the volume of GPS jamming incidents has increased across the globe. There have been extremely aggressive electronic warfare operations in the area of Ukraine and in the Baltic region, where NATO Forces were themselves jammed. In the Middle East, jamming incidents of both civil and military platforms are equally common in the region, risking not only military platforms, but also commercial aircraft and shipping. In South East Asia, in the South China Sea, there have also been numerous aggressive GPS jamming attacks. So it rapidly became obvious to Western (and especially NATO) forces that there is a serious need to protect the critically important, but weak and vulnerable GPS signal from enemy disruption. This will both protect friendly forces GPS and also allow the use GPS to conduct offensive and defensive combat operations  in contested GPS environments – especially if they are to continue to exert combat superiority through the use of advanced precision guided munitions. Many platforms now bear some form of GPS anti-jamming (AJ) system, but in the cyclic EW technology race, many are now inferior to the jamming systems they face. Whilst many forces state that they have effective GPS AJ systems in place on their platforms, many systems are outdated and use older and less-effective nulling-only solutions to provide critical GPS AJ protection. Perhaps the most common use of GPS AJ is through the fielding of Controlled Pattern Reception Antennas (CRPAs) directly connected to the platform GPS receiver. By adaptively and dynamically manipulating the power to their reception patterns, these antennas do provide the ability to null the GPS jamming source whilst applying more power to reception lobes receiving valid GPS signals. CRPAs are widely fielded and provide a useful defence against GPS jamming, but are limited in the number of jamming threats they can address.

Currently, the most effective defence against GPS jamming is “digital beamforming,” where nulling of the jamming signal still takes place, but reception lobes are locked onto multiple satellite signals and remain locked even when the platform is aggressively manoeuvring. BAE Systems has recently seen huge success in fielding its new Digital GPS Anti-Jamming Receiver (DIGARTM), which is an antenna electronics unit that can be fitted to all types of military platforms – from unmanned aerial vehicles (UAVs) to aircraft carriers and to ground platforms or air tankers. DIGAR uses 16 simultaneous steered beams to provide airborne and surface platforms with superior jamming immunity in even the most severe GPS-challenged environments. Although the transition from the current SAASM technology to the next-generation military M-Code capability is well progressed (certainly in the U.S.), M-Code has not yet been fielded on aircraft, and based on U.S. Department of Defense roadmaps, is unlikely to be fielded on aircraft for several years. Therefore, the significant increase in signal strength, accuracy, and protection that M-Code will bring is unable to protect airborne platforms today, requiring military users to look to proven, currently available and deployable solutions.

Because of this, the highly effective DIGAR system has been selected for numerous U.S. and international platforms to “harden” their on-board GPS systems against the increased jamming threat and until M-Code becomes available. Providing up to 125dB J/S, DIGAR is unrivalled in the levels of protection provided, and when coupled with a digital GPS receiver and a CRPA, it offers a highly significant hardening of the platform GPS in the face of even the most aggressive levels of GPS jamming. DIGAR is actually an antenna electronics unit (AEU) and in the case of airborne applications, does not look to replace the platform GPS receiver nor the CRPA fitted to the airframe – keeping disruption and platform downtime to a minimum. DIGAR also provides jammer direction finding (DF), enabling the host to either use terrain masking flight profile or kinetic mitigation of the jammer. DIGAR can operate with most types of GPS receivers (not only BAE Systems’ products) and has been integrated with numerous CRPA AJ antennas – meaning that a platform upgrade to DIGAR is as simple as installing the unit and connecting it to the EGI (embedded GPS INS) and the CRPA, without changes to the airframe or the operational flight program, making for a low-risk and low-cost upgrade. Internationally, DIGAR has been selected for the F-16 Fighting Falcon and the U.S. Joint Precision Approach and Landing System (JPALS) and by U.S. Air Force Special Operations Command (AFSOC), and is selected or under review for many more and is now under consideration for other Western aircraft within European NATO Forces.