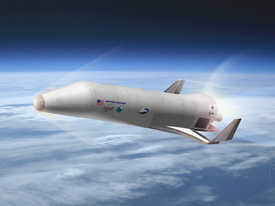 As space missions increase in number and type, there has been a commensurate growth in objects in space, including new space stations such as the planned Chinese Space Station, satellites, or mega-constellations such as SpaceX. With the increase in space activity, Rendezvous Proximity Operations (RPO) are needed to maintain a sustainable space environment. As with many space activities, however, the challenge is verifying the intent. Namely distinguishing between research and development in RPO technology for peaceful purposes and those for hostile ones. Advanced Space Situational Awareness (SSA) technology (keeping track of objects in orbit and predicting where they will be) can help by monitoring these operations and related activities. Yet the lack of universal regulation surrounding the development, application and proliferation of these technologies could be detrimental to a safe, sustainable orbital environment.

The Aerospace Corporation defines RPO as two or more satellites in space matching their plane, altitude and phasing (rendezvous). Then, whilst roughly in the same orbit, performing maneuvers to affect their relative states, or positions (proximity operations). (A satellite here refers to any object in orbit of the Earth or Moon, rather than an information or communications satellite). Often, the proximity operation involves a maneuver that causes purposeful physical contact between two satellites. This subset of RPO is known as docking. RPO can also be two-way, or one way. A two-way operation involves the exchange of information between two actors or objects via some form of exchange mechanism (through ground-based communications, or a physical cross-satellite link) such as docking with the International Space Station. A one-way operation involves unilateral information transfer, such as active debris removal.

RPO applications are vast and span commercial, civil and military uses, including life-extension, satellite servicing, refueling and maintenance, human spaceflight docking and on-orbit assembly, and inspection and intelligence and co-orbital anti-satellite (ASAT) capability. Their ability to contribute to the sustainability of space and deal with space debris, an issue of increasing concern to many, is particularly promising. Nonetheless, there are complications that come with a technology that has, essentially, access to critical national infrastructure and significant military assets. As of 2020, the United States, China, and Russia are reported to be actively carrying out RPO. Therefore, technical and political solutions need to be available to mitigate the misuse of RPO technology, even to contribute to counter-space capabilities.

One of the issues posed by RPO is the verification of intent. That is, discriminating between research and development in RPO (and auxiliary) technology for civil or commercial peaceful purposes, or for hostile and possibly even counter-space purposes. For instance, a country might invest in RPO capabilities to launch a vehicle that could be put in the orbit of a satellite, only to use it to attack the satellite at a later stage, also known as co-orbital ASAT capabilities.

The Secure World Foundation (SWF) and the Center for Strategic and International Studies (CSIS) comment in their latest reports (SWF here, and CSIS here) that there is evidence to suggest that states have developed co-orbital ASAT capabilities. In fact, both the SWF and CSIS reported that Russia’s newest co-orbital system – referred to as ‘Burevestnik’ – could be designed to be an ASAT. Specifically, they highlight the apparent similarities between the on-orbit inspection component of the Burevestnik system and Russia’s RPO activities. These RPO activities appear to be space situational awareness (SSA) activities that may have gathered intelligence to support the co-orbital ASAT programme. SSA refers to the knowledge and characterisation of space objects/activities and their environment. Given that SSA capabilities are widely acknowledged to have peaceful applications amongst their many uses, it immediately becomes apparent that just monitoring RPO as an isolated mission is not enough. Furthermore, in the case of co-orbital ASATs, the damage is often irreversible, both to the satellite in question and potentially in increasing space debris in orbit. Moreover, the impact can be seen almost immediately, and is likely to have an impact on ground level inter-state tensions. The processes (such as research and development of RPO technology) and systems (such as Space Situational Awareness programmes, satellite repair and maintenance missions) that RPO are connected to and embedded within are demonstrably important factors to consider when determining whether an RPO could be potentially harmful – such as a co-orbital ASATs programme.

Tying into the previous issue of verifying intent is a larger, more technical problem: Space Situational Awareness (SSA) and associated technology is not sufficiently advanced to be able to monitor RPO. Thereby it cannot ensure the content and appropriateness of the operations. SSA technology includes ground-based sensors, spaced-based optical sensors (telescopes), radars, which collect data on activity, and software that process the data to present information on the activity to the greatest and most accurate extent. Many state governments and civil agencies possess these capabilities, but the most advanced SSA technology currently is commercial. SSA technology and its development is, therefore, a logical technical solution in addressing part of the issues posed by the uncertainty surrounding potentially harmful RPO. An interdisciplinary review of current SSA capabilities and providers matching up to potentially harmful RPO scenarios (including simulations) could provide a suitable starting point to address these related, proliferating technologies and how they interface.

Addressing the complexity of RPO

As we move forward in the multilevel development of Space Situational Awareness, the ontology of this capability must include considerations on the complexity of RPO and the requirement of SSA to maintain trust in states’ space operations. This includes the ability for commercial and state level operators to be able to exchange information gained from SSA operations. For this to happen, and for it to work across commercial and state providers, regulatory frameworks that encapsulate and are formed by all concerned parties must be developed as a priority.

Dealing with matters in space are complicated. Not least because there are multitudes of issues, all connected in different ways. Any attempts to address policy and regulatory gaps with regards to RPO, and indeed, space operations, must take a systems-based approach. That is, no aspect of technology – including technological artefacts such as policy – operate in isolation, but rather as part of a national and supranational system of innovation and policy making. Addressing issues surrounding RPO will mean addressing issues in SSA, but also ground level operations, political frameworks, and commercial-state relationships. Any incremental steps to form regulation in this area must include participation from stakeholders from all parts of the space complex – including states that aren’t space faring but that benefit from a space that is for everyone.