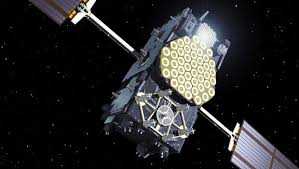 “We do need more conversations about space, we have a collective responsibility to raise the volume, we know we are critically dependant on space for national security and our way of life and any disruption of these services has a great effect on our way of life. We don’t hear too much about disruptions in space thousands of miles away and how they affect our lives. Without space there would be no cash from ATMs, petrol from the pumps and National Grid. For COVID-19 around 15 million items of PPE are delivered every day and these deliveries are reliant on space as is the logistics for the delivery of the future vaccine. We must ensure the safety and security of the space domain”

“Wars of the future will be won or lost in space, the UK has to be ready to protect and defend critical national interests in orbit. Talk of space as a warfighting domain is contentious, ignoring the fast-evolving threats in space would be negligent; space gives us and our allies an operational advantage. We see nations like China and Russia and others developing anti-satellite capabilities.  Earlier this year Russia conducted a series of tests with Cosmos 2542 and 2543 and tested them on a satellite which created space debris. The increased debris density could result in a chain reaction of collisions the Keppler effect. We see Directed Energy Weapons which can temporarily disable satellites or firing a rocket with the aim of destroying a satellite.”

“Russia, meanwhile, is also accused of using satellites to conduct suspect rendezvous proximity operations, this could be an attempt at commercial and military espionage. Earlier this year, the US and UK accused Moscow of testing a new space-based weapon from its Cosmos 2543 satellite, marking a new frontier in the militarisation of space. The projectile, which was released into orbit, could have been used to target an enemy satellite. Gen John W Raymond, head of US Space Command, said at the time that the test fire was consistent with the Kremlin’s published military doctrine to employ weapons that hold US and allied space assets at risk. Russian satellites continue rendezvous activities, one has been on geo stationary orbit for several years, daily cyber attacks continue. In 2007 China destroyed a weather satellite creating over 3000 pieces of debris.”

“A Future conflict may not start in space, but, future wars which begin on land or sea could quickly escalate and be won or lost in space.” He warned. “We have to be ready to defend our critical space interests as we protect the skies for multi-domain activities. If we don’t think and prepare today, we won’t be ready when the time comes, we have to be ready when that outcome happens.”

“The US conducted a similar operation a year later when it shot down one of its own spy satellites, which had malfunctioned, because it said the toxic fuel onboard would be dangerous if it came back to earth. The Pentagon said the timing of the intercept, close to re-entry of the rogue vehicle, minimised any space debris. However, Russia suggested the operation was being used as cover to test an anti-satellite weapon. Last year India became the fourth country to shoot down a satellite in space.”

“While it was still considered contentious to talk about space as a military domain, it would be tantamount to negligence if the UK armed forces failed to take seriously the threats posed to crucial satellite functions such as communications and GPS navigation.  A future conflict may not start in space, but I am in no doubt it will transition very quickly to space, and it may even be won or lost in space.”

“China’s ambition is to become the world’s pre-eminent space power by 2045 and is already involved developments in cyber, electromagnetic and kinetic systems that potentially could threaten other users in space.”

“The US established a dedicated Space Force last December to formalise its recognition of space as a warfighting domain.  The UK Conservative party manifesto published ahead of last year’s UK General Election promised to create a UK Space Command, which is still being examined by the Ministry of Defence.”

“Space activity is governed by the UN Space Treaty and general international law and voted 6th Sept  2020 on a UK resolution to reduce threats to reasonable behaviour. We must be able to monitor what is going on in space to defend our activities. That means a collective understanding on the threats in space must be the same as the air domain. We are working with international allies, including the US, our activities at Fylingdales started in 1963, remains the jewel in the crown. The UK is the first partner in Olympic Defender, a multi-national coalition formed to protect against hostile activities in space. We are collaborating with our partners and allies; space has always been a place for collaboration. We continue to develop combined space operations  with our partners in the US, Canada, France and Germany and NATO, for the use of space as an operational domain.”

“Nearer to home, we are developing a Commercial Integration Cell with the UK Space Agency to coordinate special Collaboration with is bearing fruit developing the Aurora cloud-based information system, an agile cloud based system for space domain awareness. We have created a UK Space Command in line with the Government’s 2019 manifesto. A sovereign low-earth constellation, Artemis, is being developed with industry partners to develop a multi-senor constellation to create a national defence framework.”