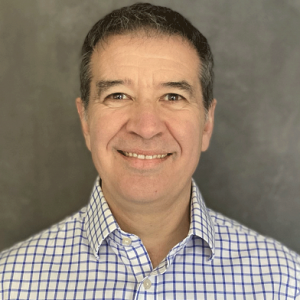 The world is seeing the rapid evolution of two increasingly contested domains – cyber and space. The future of the UK’s defence operations is set to be based on its collective ability to make smart decisions and implement them accurately in seconds. This requires connecting domains and networking battle systems.

Multi-domain operations are much more than just integrating air, land, sea, space and cyber. It increasingly means exploiting advancements made in the commercial world and getting the defence, civil and commercial domains operating together, despite their different standards and different levels of assurance.

Multi-domain integration also necessitates operating across security domains, from unclassified to secret and above, at a speed that enables decision-making at all levels in a world of hypersonic weapons systems and near instantaneous communications networks.

Commercial advancements made in key sectors like automation, artificial intelligence, edge processing and data exploitation can be profoundly powerful when integrated into a range of military solutions.  For example, synthetic training tools are already helping the armed forces train in highly realistic, virtual environments.  This has been recognised by the UK government – in only November, the Defence Secretary announced £16.5bn of defence funding over four years, with a large chunk of that resource focused on ensuring that the UK’s armed forces have access to the best in emerging technology across domains.

This was a hugely important announcement, not least because the UK’s adversaries continue to invest heavily in these technologies.  But it does not come without risk – multi-domain integration is a complex concept.

For example, within the commercial sphere, a lot of capabilities operate in the cloud, and integrating that into unclassified, classified, mission secret and above secret environments requires taking an entire infrastructure and effectively breaking it out into different classifications. All the while ensuring that information travels securely into the right places.

This is uncharted territory. The majority of suppliers to the military sector have historically been solely focused on the security world, well-versed in the protocols and clearances it requires. But now we have new participants, coming from the worlds Silicon Valley.

For these players, we need to establish a new framework of collaboration, and defence, commercial, military and government partners need to work closely together to get the right set of standards to enable operations to take place within that operating environment.

Space is a prime example. From services that depend on position, navigation and timing and its designation by the government as a part of the UK’s critical national infrastructure, to the importance of space situational awareness and space weather, the UK has an increasing reliance on space-based capabilities to achieve the integration necessary for multi-domain operations. That, in turn, is being driven by what is a more congested environment in space and the fact that potential peer adversaries have been investing in high-technology areas like hypersonics and cyber that will have anti-satellite capabilities. They realise how dependent the UK is on its space assets.

This leaves the UK defence sector with two options: assume that they must operate in a space services-denied environment or invest in protecting the essential services that they need to operate within the environment. It is the latter that is most exciting for the UK space sector as described in the recently published National Space Strategy, and I hope to see further investment in this area with the publication of the Defence Space Command strategy.