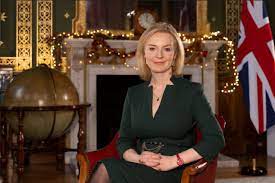 I will leave aside providing views on the most important political issues of the day, that of energy prices and the cost of living crisis along with many others that require attention and rethink, by restricting what I have to say today in relation to defence.

In an interesting and formative paper written and published last week ‘From Famine To Feast’ Professor Malcom Chalmers, Deputy Director of the Royal United Services Institute (RUSI) claimed that in order to meet the promises made by Liz Truss to raise military spending as a proportion of GDP to 3% by 2030 would require an extra £157 billion (a 60% increase) to be budgeted over the next eight years and that in order to achieve this taxation would need to rise – something that Ms Truss has ruled out.

While I accept that such calculations probably do not take into account the possibility that for a variety of reason, UK GDP may decline over the next few years – this in practice making such targets achievable if not necessarily affordable – the vital importance of moving defence up from the relegated position that it has been allowed to fall to since the mid 1990’s is and should be a national priority.

For the record and with a current budget for next year set at £47.3bn the UK claims to be spending just above 2% of GDP on defence. Leaving defence inflation aside, the RUSI study which I recommend all should read would see a £75bn annual figure for defence spending by 2030.

The RUSI report highlights that such an increase would require military personnel numbers to grow by 40,000 – this at a time when the conversation within the MOD remains one of how you cut numbers of military personnel and particularly those in the Army for whom there is a target to reduce existing numbers from 82,000 to 72,500 by 2025.

Ms Truss has at least committed to review current defence strategy and policy that was instigated under the Integrated Review Process and Command White Papers published in March 2021. That is a start provided of course it is not a review based on the expectation of further cuts.

Noting what the House of Commons Defence Select Committee said in its criticism of why, until now, the MOD has appeared reluctant to accept that the Integrated Review process has already been overtaken by events said recently “No strategy should be set in stone nor subject to constant revision” and that “there is a need for government to be able to respond to major events rather than downplaying the potential implications of such geopolitical shocks” (Ukraine etc). The HCDC report went on to point out concern in relation to military cuts by reminding:

“We are especially concerned about the proposed cuts to personnel numbers and the effective reduction in mass, particularly since that we are seeing defence being used more and more often as an emergency measure to relieve exceptional pressures on public services and perform such tasks that otherwise might be expected to be carried out by others.”

Of course, I would also have to argue that it is no use talking about increasing troop numbers if the military don’t have sufficient modern and efficient military equipment capability to use when required. While the new Chief of the General Staff General Sir Patrick Sanders has called the situation in regard of cutting Army numbers as “Perverse” he has, as far as I am aware, said nothing yet in relation to the Army’s lack of equipment capability. One of the big issues in relation to this is the ongoing lack of clarity in regard of the future of the tracked Ajax vehicle programme and which many now regard as being the worst MOD procurement disaster of the past thirty years.

That the Army needs a tracked vehicle to support its upgraded Challenger 3 Main Battle Tanks is hardly in doubt but the fear is that even if the MOD inevitably decides to ditch Ajax it may   decide to acquire more of the wheeled Boxer armoured fighting vehicle. That Boxer (the Army is acquiring 623 of these vehicles with UK/German production in Telford (Rheinmetall-BAE Systems [RBSL], Stockport [WFEL] and Munich and engines to be supplied by Rolls-Royce MTU is already well proven in service. That Boxer is a great vehicle and that it will do the job well for which it is intended is a given but to ignore the additional requirement for a well proven in service tracked vehicle to support the Army would in my view be a huge mistake. If Ajax is scrapped there are a number of already proven in service tracked armoured fighting vehicles in international service that the UK could procure and that would come with little financial risk.

Leaving aside many other issues that I have discussed recently including pilot training and that I will come back to in due course, the Royal Air Force lacks sufficient available military jet capability capacity. It is also short of ISTAR capability and the decision to prematurely withdraw C-130J capability, although now pushed back by three months, needs in my view to be permanently reversed.

Germany and Spain have ordered additional Eurofighter Typhoon aircraft and the former will also acquire F-35 Joint Strike Fighter aircraft to replace Tornado capability. Sadly, as yet, the UK has no additional Typhoon aircraft on order but on top of the 47 F-35B STOVL aircraft either delivered or on order, the UK has at long last announced intentions to acquire a total of 74 F-35B’s and hinted that it may acquire more.

The UK has also announced that the UK led Team Tempest Future Combat Air System (FCAS) ‘Next-Generation’ Combat Air Demonstrator’ will fly for the first time within the next five years. The International programme which is led by BAE Systems and comprises Leonardo UK, Rolls-Royce, MBDA and the MOD as partners along with other international based activity is the successor programme to Typhoon and is hugely important from both a strategic air capability and in respect of UK sovereign capability.

Much has been written and said written about the lack of Royal Navy surface capability and I will not add to these woes. We have got two fantastic aircraft carriers and I am in little doubt that the problems impacting on the operation of one will be quickly sorted. The Type 45 propulsion issues are at long last now being fully addressed, build on the first two Type 26 frigates is progressing well at BAE Systems yards on the Clyde and Type 31 build has begun in Babcock International’s Rosyth yard on the Firth of Forth.

Additionally, BAE Systems has announced plans and a £200m investment to provide a huge ‘frigate’ factory on the River Clyde at Govan.

In the sub-surface arena, the fifth of seven ‘Astute class’ submarines was commissioned into the Royal Navy last week. I may the MOD announced a further £2bn of funding for the Dreadnought class nuclear deterrent submarine programme and Defence Secretary Ben Wallace hinted last week that the design of the UK’s next generation of nuclear-powered submarine, the ultimate successor to Astute, could be a collaborative programme shared with the AUKUS partners, Australia and the USA.

Much is also going on in respect of development of so-called drones and missile capability and much else besides. The Defence Industry is certainly doing its bit but I despair at the inability of the MOD to forecast programmes with any degree of accuracy unless it is to help them, and to bring some of its many programmes to ‘market’. The MOD is of course hamstrung by cash flow availability and poor forecasting. Industry can often struggle because what the MOD promises in respect of contract timing is rarely what it delivers. The cost of delays to industry can be enormous and the hope is that as the new Prime Minister orders a review of the now somewhat dated ‘Integrated Review’ process she will also look at the effectiveness of the MOD, how it is funded and how it delivers not just to our military but for the nation as a whole.