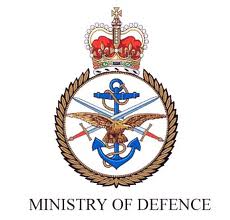 MoD must get existing programme under control, as well as making savings and cuts, before any new strategy can be

16 Mar 21. The UK Ministry of Defence (the Department) has published its Equipment Plan (the Plan) each year since 2013, setting out its intended investment in equipment and support projects for the next 10 years. The Department assesses whether this is affordable within its future budget. The Committee remains extremely concerned that the latest Plan was again unaffordable, with the funding shortfall potentially as high as £17.4bn between 2020 and 2030. The Department also faces significant additional cost pressures—estimated to be more than £20bn—to develop future military capabilities that are not yet included in the Plan. This is highly destabilising for defence and must not continue. The Committee has highlighted serious affordability issues year after year and, while the Department has made some improvements, it has not yet established a reliable and consistent basis on which to assess the affordability of its equipment programme.

The Department remains stuck in a cycle of focusing on short-term financial pressures. For example, it has sought to balance its annual budget by again deferring or descoping the development of capabilities, resulting in poor long-term value for money, and the use of all its contingency funds in 2020–21 to help offset funding shortfalls, reducing its flexibility to respond to any in-year financial pressures. The Department’s assessment of the Plan’s affordability also assumes it will make significant levels of efficiency savings in the future. However, it has continued to include unrealistic savings in the Plan, including £3.7bn of savings for which it has not yet implemented plans to deliver. The failure to achieve all of these savings – and find additional savings – will increase the financial pressures and make the Plan even more unaffordable.

In November 2020, the government announced in the Spending Review that it would provide an additional £16.5bn of defence funding over the next four years. It intends that this funding will allow the Department to modernise and invest in new technologies, including its cyber and space capabilities. The Spending Review has given the Department an opportunity to address the funding shortfalls, even though the announcement of strategic defence priorities, to be set out in the Integrated Review of Security, Defence, Development and Foreign Policy (Integrated Review), has been delayed. However, as the existing equipment budget is not balanced, the Department must make tough choices to end the vicious circle of short-term financial management and delays in developing military capabilities. Once it has established a balanced equipment programme, the Department will need to develop a more sophisticated approach to assessing future funding pressures and managing its equipment expenditure. The Committee intends to scrutinise closely how the Department resets the Equipment Plan to ensure it can deliver future capabilities in a way that achieves value for money.

The Department’s 2020–2030 Equipment Plan (the Plan) sets out its spending plans for the next 10 years on projects to equip the Armed Forces. It shows that the Department has allocated a budget of £190bn to equipment and support projects, 41% of its entire forecast budget. The Plan assesses whether its equipment and support projects are affordable. The Department needs to manage this expenditure effectively to ensure the Armed Forces can secure and maintain all the equipment that they need. The Department must also retain a level of flexibility to develop new high-priority capabilities and replace some existing capabilities as they go out of service.

The Department first published its Equipment Plan in 2013. Under the Department’s delegated model, managing projects is the responsibility of the Front-Line Commands (Navy, Army, Air and Strategic Command), the Defence Nuclear Organisation and the Strategic Programmes Directorate. These organisations are known as Top-Level Budgets (TLBs) and are required to deliver their agreed defence outcomes within delegated budgets. The Department’s Head Office aggregates the information provided by the TLBs to establish the departmental position on the affordability of the Equipment Plan.

Recommendation: In its next Equipment Plan report, the Department must demonstrate that its Plan is affordable and has the resilience to absorb financial pressures—like cost inflation—and respond to changing capability needs.

Recommendation: Within three months of the Integrated Review being published, the Department should provide full transparency on its allocation of the additional funding, including: full details of disinvestment decisions; how the funding has been used to address existing shortfalls; and the investment in new capabilities.

Recommendation: After the Department has translated the decisions in the Integrated Review into a balanced investment programme, it should write to the Committee setting out the key principles of how it will make future investment decisions and manage its equipment budget to achieve value for money.

Recommendation: The Department should undertake a comprehensive study to better understand the drivers of defence costs inflation. This should not merely be a statistical exercise but should look at attitudes and behaviours within the defence acquisition system, and how commercial realities and competition with other nations drive up costs. It should report the results to the Committee.

Recommendation: The Department should strengthen its approach to assessing risk in long-term projects, liaising with other government departments to establish and draw on best practice. In the next Equipment Plan report, it should explain the improvements made and set out how it has tested confidence in its ability to deliver planned efficiency savings, including those for 2021–22.

Recommendation: The Department should re-assess the role of its Head Office team in providing assurance on the affordability of the Equipment Plan and strengthen financial capabilities across the Department, ensuring that TLBs have adequate capacity and capability to make reliable and consistent assessments of future costs.

1 Assessing the affordability of the equipment programme

future funding requirements are unclear. For example, the Department is establishing a new Space Command and seeking to build its capacity in this domain but has not yet set out its investment plan.68

Department of Work and Pensions Accounts 2019–20

The production and distribution of cash