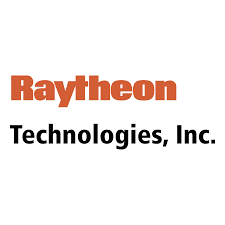 I am delighted to see that Make UK in association with Raytheon UK published a report within which is research confirming that UK Defence, Aerospace, Shipping and Rail sectors account for over £12bn in annual manufacturing output and which in turn accounts for almost 5% of total UK annual manufacturing output and that this either directly or indirectly supports 207,000 jobs.

The report confirms that the UK remains the second largest defence exporter in the world – accounting for 16% of the global market. One of the most important elements of the research is that it provides an update on numbers of those employed in these highly specialist manufacturing areas for which I might add that for too long we have been guessing and using well out of date numbers.

Data on UK Defence and Security exports which is supplied by HMG on an annual basis will I suspect not be confirmed until later this year. For those engaged in defence manufacturing exports these figures are a a very valuable reference point for the industry and so it is very welcome to have a separate report published which provides some interesting general comparisons and information.

No opportunity should ever be lost in highlighting the importance of jobs and vital skills maintenance, research and development and investment that industry is making in its own future should ever be lost. We should always be very proud of what we have built and in what we have achieved. Defence exports are crucial and it is only now that government appears to be getting the message of building exportability in from the start and the vital importance of recognising need to having and maintaining strong sovereign manufacturing capability.

Ordinarily, in supporting its company members, one might well have anticipated specialist research work such as this would have been done by the UK defence, aerospace and security trade organisation ADS. However, that this specialist research has been carried out by Make UK (formally the Engineering Employers Federation) in association with Raytheon UK provides a round of very useful information that will, I hope, encourage the UK Government to provide additional support wherever this is deemed practical.

A particularly important fact to emerge from the report is that the defence sector is the largest investor in research and developments after automotive and that this accounts for 21% of overall UK spend.

Importantly the research confirms that many of the companies engaged in these sectors and their supply chains, 97% of whom are SMEs, are based in the North West, North East, and Scotland – areas critical to regional growth and levelling up the economy.

In terms of sectorial split, aerospace accounted for almost 60% of all defence related exports between 2010 and 2019 based on orders and contracts signed. This includes UK production work in respect of the Lockheed Martin Joint Strike Fighter projects of which 15% of work on each plane is made in the UK together with the large element of work on Eurofighter Typhoon which also emanated from the UK. Land and Maritime equipment exports accounted for approximately 20% of total exports.

Andrew Kinniburgh, director of Make UK Defence, said the report underlined the strategic importance of the sector to the long-term health of the UK economy, providing high value, high-skill jobs across the country.

“The defence, aerospace, shipbuilding and rail industries are the cornerstone of advanced, high-value manufacturing in the UK,” he said.

“Competing in some of the most highly-skilled technologies and market around the world, together with their supply chains they will be critical to the future success of our economy as we recover”.

The report listed the most important export markets for defence and aerospace goods as being France (£2.6bn) the USA (£2.4bn) Germany (£2.3bn) Canada (£474m) and Norway (£460m) and, as already said, making the UK the second largest global defence exporter.

In respect of imports of defence and aerospace goods, the report confirms that the USA accounts for £1.9bn value of defence related imports into the UK, France, (£1.7bn), Germany (£859m) Italy (£300m) and Qatar (£211m) and that the UK is the 10th largest importer of defence equipment.

The report includes several charts that provide very interesting comparisons which will I am sure be of use to those employed within the industry and those in government and parliament.

Figures for 2020 are awaited from HMG but for reference this is what was put out on a ten year rolling basis as a summary of the international market by UK Defence and Security Exports (formally Dept of International Trade DSO) and which I should add for the UK also counts collaborative exports (such as Typhoon aircraft exports to partner nations Germany, Italy & Spain) and separate security exports for 2019:

Points to make from this document which appeared in October 2020 are that the USA has annually achieved the highest estimated percentage of the global defence export market between 2010 and 2019. Our European competitors have consistently had a lower percentage share than USA.

The UK and France with their similar sized industries and equipment portfolios for export, have historically vied with Russia for 2nd or 3rd place, trying to close the gap with the USA.

Italy has traditionally enjoyed a relatively consistent level of defence exports. In 2016, the country rose to the sixth largest defence exporter for the period, partially as a result of a large naval contract, and in 2019, AgustaWestland secured helicopter deals with Egypt and Israel totalling over $1 billion.

Germany saw its estimated market-share peak at 9% in 2013 but in 2017, it did secure a big naval contract that helped its overall ranking. In 2019, it secured a major contract with Egypt for Meko A-200 Frigates worth $1.68 billion.

Another useful chart showing how the UK has been extremely successful in raising exports of defence and security products as published by UK Defence and Security Exports can be found here: