Lockheed Martin is delivering transformative capabilities to its domestic and international partners so that they can protect what matters most. The global security and aerospace company’s systems help enhance interoperability between the U.S. military, NATO and allied nations and foster innovation that supports critical missions today and into the future.

“Our near-peer adversaries have learned from three decades of U.S. military operations and evolved their military strategies to exploit the U.S. and its allies’ weaknesses—they’ve also made massive investments to rapidly close the technology gap, said Rita Flaherty, vice president of strategy and business development, at Lockheed Martin Missiles and Fire Control.

“To stay ahead of the evolving challenges of a more complex battlespace, our 21st Century Security vision relies on emerging technologies to make decisions with unrivaled speed.

With 21st Century Security is driving our path forward, we’re ensuring the U.S. and its allies leverage mission capable, interoperable, and agile technologies to enhance the deterrent effect of our national and allied defense enterprises,” continued Flaherty.

Lockheed Martin’s products enable successful, safe missions and its Missiles and Fire Control division has been the leading designer and manufacturer of systems that enable mission success

Lockheed Martin’s breadth of experience paired with investments in digital engineering technologies has allowed it to advance capabilities with next-generation technology like its Precision Strike Missile (PrSM) and Extended-Range GMLRS systems even faster – speeding them to the field.

In today’s complex defense environment there is no longer a place for single-focus solutions.

Lockheed Martin’s vision for the future is based on connected current and next-generation technologies to deter rapidly evolving threats across all domains – land, air, sea, cyber, and space. It has capabilities that are true multi-domain operations enablers, and its advanced network of defence technologies create an interoperable and resilient “network of platforms” that provides armed forces with a complete picture of the digital battlespace and empowers users to make smarter and faster decisions.

Rapid advancements in technology have increased the speed of defense. Commanders must make decisions faster and need versatile, flexible options.

These solutions require a network of systems working together on the battlefield – converging assets across all domains, linking sensors with the best shooter and providing complementary options to joint force commanders.

As part of the company’s digital transformation roadmap, Lockheed Martin has effectively transformed its operations by incorporating advanced technologies and digital processes. they’re successfully implementing smart transformations to create a digital manufacturing centre of excellence as can be seen in it PrSM production line.

Through continuous improvements, Lockheed Martin is committed to providing the agility, delivery and value its customers need.

Strong military capabilities provide nations with the deterrent and defence they need in today’s increasingly complex landscape. Protecting troops, civilians and infrastructure requires the world’s most advanced capabilities. A number of Lockheed Martin’s capabilities are being utilised across the U.S., NATO and allied nations for defence and deterrence needs. 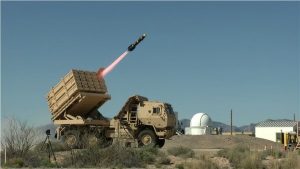 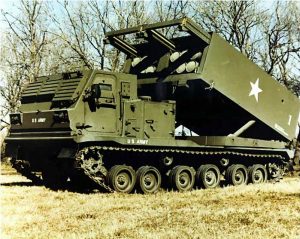 Rita Flaherty is the vice president of strategy and business development at Lockheed Martin Missiles and Fire Control.