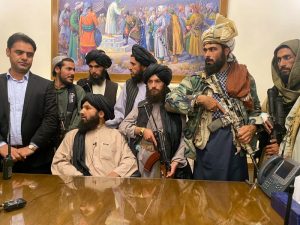 Living with the Taliban involves major risks and uncertainties, and it will be more than difficult even if it proves successful. No one can dismiss the risk that the Taliban will emerge as a hardline extremist state and/or use, or at the very least, tolerate some form of terrorism. Any form of cooperation will mean accepting a substantial amount of the Taliban’s restrictions on human rights and authoritarianism. It will also involve dealing with a movement that operates with such different – and unpredictable – political dynamics.

At the same time, it may well be the best option the United States now has for trying to moderate the Taliban’s behavior, protect the Afghan people, and limit the risk of the Taliban tolerating extremist movements and acts of terrorism. At this point, the Taliban seems to have at least some moderate elements that are focused on creating an effective and stable government. There is no clear extremist element in at least its visible political and religious leadership. The Taliban faces its own threat from ISIS-K. Al-Qaeda, while present, does not seem to be a highly active force, and it badly needs trade, diplomatic recognition, aid, and financial ties to the outside world.

The Taliban did cooperate to some degree in the evacuation and the securing of the Kabul Airport. It has reached out to some moderate Afghan political leaders, and the reported abuses of its fighters are limited and seemingly disorganized. The Taliban has said it will not actively persecute those that cooperated with the U.S. and its allies or served in the previous government, and the group has shown some limited willingness to compromise on the rights of women and some other aspects of civil liberties.

The fact also remains that there are still some Americans, many Afghans who cooperated with the U.S., and citizens of allied countries in Afghanistan that still need help in leaving the country. There are many other Afghans who cooperated with the U.S. and do not want to leave, and they need as much help as they can get. More broadly, Afghanistan has some 37 million people who were not involved directly in the war and have shown no interest in leaving, and they can benefit directly from every increasing Taliban tolerance of more modern social practices, religion, and economic life.

Tragic as some aspects of the evacuation and the violence at Kabul airport have been, the fact remains that these events involved less than half of one percent of the total population. Nearly half of that population has been born since 2001 – the median age is only 19.5 years. Much of them have been educated to live in a more modern and liberal world, and nearly half are women. Literacy has climbed to over 40%. Some 27% of the population live in cities and depend on a far more modern economy than existed when the Taliban last ruled in 2001. Any U.S. efforts that can help Afghans live decent lives truly matter.

The same is true of the rest of the population. Long before the collapse began in July 2021, about roughly half the population lived in poverty, some 20% of children lacked adequate food, and youth unemployment was almost certainly over 20%. For all the exaggerated claims of progress that some made about what had happened as a result of the Taliban’s fall in 2001, the CIA rated Afghanistan as having the highest rate of infant mortality in the world and as having the lowest life expectancy (53 years) in 2021.

The U.S. cannot simply ignore the Taliban or punish it without compounding what already is a very real human tragedy. At the same time, the Taliban cannot ignore these realities as well. If the Taliban was to establish a stable government, real security, and endure, it must compromise enough with the 21st century in order to live in the modern world. How many of the Taliban fully understand this problem is a guess at best, but enough may understand that they will need to deal with the U.S. and other outside states. Moreover, Russia, China, and Pakistan may make deals with the emerging Taliban government, but aid and trade are scarcely their strengths.

Reopening the Embassy to help some Afghans, the remaining Americans, and citizens of allied countries does not ignore the Taliban’s treatment of human rights or the freedom of religion any more than it does in the many other countries around the world. Asking for the Taliban’s security of the Embassy and for its willingness to let Afghans and others depart seems a reasonable trade for limiting sanctions and opening up legitimate trade. Allowing the Taliban to have full access to Afghanistan’s IMF reserves and the international financial system can involve the same kind of trades and conditionality. Proving limited economic aid can be traded on the same basis.

The Taliban may benefit from such trades, but the Afghan people will benefit far more. The same may well be true of the U.S. and its allies. Fighting terrorism with long-range air strikes is an uncertain military option at best, and isolating the Taliban may well encourage its worst hardliners to make a shift in actively supporting international terrorism and extremism. Low-level shifts in Taliban behavior are far more likely to be moderate if the U.S. recognizes the Taliban, gradually helps it enter the global economic system, and provides some carefully focused forms of aid.

This would be especially true if the U.S. works with its allies and partners in order to create some kind of international approach. This would give such efforts more leverage, expand the level of possible conditionality, and avoid making the effort one where the U.S. and Taliban would have to constantly deal with every issue and problem that arose. Working with America’s major European and Asian trading partners through another lead country might offer major benefits.

And, if the Taliban will not negotiate on a reasonable basis, the U.S. and its allies will gain far more credibility with the more moderate elements that survive in Afghan politics, with the Afghan people, and the outside world. It will be all too clear to the rest of the world that the U.S. has offered a valid option and opportunity, that it has kept that option open, and that any future crisis or U.S. military action to deal with terrorism is legitimate. The right forms of living with the Taliban – ties to clear limits and conditionality – will not be a form of weakness, they will be a way of building strength.