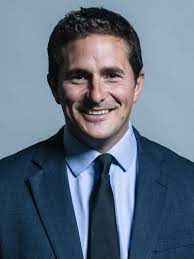 No one could ever accuse Johnny Mercer, MP for Plymouth Moor View and the now former Parliamentary Under Secretary of State and Minster for Defence People and Veterans of being unprincipled and while his removal from ministerial office yesterday was perhaps not of his own choice, whether right or wrong, one can do nothing but admire him for sticking to his principles and fighting the cause of veterans right up until the end.

Mercer’s sacking came just a day before the Overseas Operations Bill, one that is designed to protect veterans from unfounded prosecutions returns to the House of Commons following its defeat in the House of Lords on a key proposal. While the Overseas Operations Bill contains much that all sides can agree it is equally to be regarded as an extremely controversial piece of legislation and one that was almost bound to face cross-party resistance.

At issue is that the bill proposes a ‘presumption against prosecution’ of service personnel accused of committing a crime overseas, with the exception of sexual offences, if more than five years have passed since the alleged offence took place.

Lord George Robertson, the highly respected former Labour Secretary of State for Defence and later Head of NATO was in my view right to move an amendment in the third reading of the Bill in the House of Lords last week that would ensure presumption against prosecution does not apply to war crimes, crimes against humanity, genocide or torture. That amendment was passed by 308 votes to 249.

Speaking in the House of Lords debate last week Lord Robertson said that the Bill in its current form was “outrageous” and “apparently legitimising torture” adding that for the “For the first time in the history of British law, we would be creating a two-tier justice system where troops acting for us abroad would be treated differently from other civilians in society.”

Lord Robertson went on to say that “The bill doesn’t do what it claims to do, and instead does actual harm to those that we seek to protect. At best, it would prevent only 1% of prosecutions” he said “but it would not prevent seemingly endless investigations” adding that “the bill would single out our armed forces for a privileged protection previously unknown to British law”.

Peers also backed a separate cross-party amendment put forward by Liberal Democrat Lord Martin Thomas, Labour’s Lord Falconer and crossbench members including former Chief of the Defence Staff and 1SL Lord Michael Boyce and former Chief of the General Staff, Lord Richard Dannatt which sought to change to the bill in order to ensure investigations are timely and effective, and to stop “delays, shoddy investigations and reinvestigations” from casting “a shadow over serving members of the armed forces and veterans”.

Yes, I am sure that we can all agree with Johnny Mercer’s hope of changing once and for all how we treat our veterans and indeed, prevent seemingly endless re-investigations and inquests into events in Northern Ireland more than fifty years ago.

But that does not mean that they should be excused or that those who suffered should be denied justice. There can be no blanket immunity from prosecution neither and I also agree with those that have long suggested that had we had a Truth and Reconciliation Commission we may not be suffering the problem that Johnny Mercer has worked so hard to address and provide a remedy.

Of course, I am sad to see Johnny Mercer go – he has achieved much during a very short period of time. You were fed a poisoned chalice and to some extent we must also see your removal from office as being a Government that is not prepared to honour commitments made to veterans.

But for all that, at the heart of the issue behind the need to change is Northern Ireland – a place steeped in controversy and where government changes anything at its peril. There had been more than enough observations from senior former members of the military that the Overseas Operations Bill lacked sufficient credibility and that to move forward with this could lead to trouble.

Having served as an advisor to the House of Commons Defence Select Committee, I know Johnny Mercer well from his time as a member of that committee. Be in no doubt that he means well and he is to be admired for what he has achieved and for not only raising the issue of need to better support veterans but also in attempting to achieve part of this through the Overseas Operations Bill.

But in the process, I fear that he has promised more than he could deliver and that he may well be guilty of not heeding advise in how to go about change within what is clearly a very controversial issue. Better that this bill in its original form fails and that Government goes back to the drawing board and in doing so, attempts to bring all parties on-side with a workable solution.

That is not to suggest that the Government can walk away from Mercers sacking with its own head held high. Government is equally guilty of not honouring its commitment to former members of the armed forces, of not taking the issue seriously enough and in particular, going some way to resolve what is for so many members of the armed forces who served in Northern Ireland, a daily nightmare.

As to his own future, I rather doubt that we will see Johnny Mercer back on Government after this. Honourable he certainly is and a natural challenger of what he perceives to be wrong albeit not exactly a good listener, sometimes naïve and as I said earlier, has an unfortunate tendency to promise more than either he or government can deliver.

But for all that, although Johnny Mercer failed at the highest hurdle at least he took the mantle of need to address the issue and attempt change and for that alone, he is certainly deserving of praise.