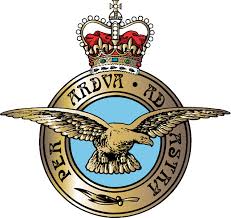 Energy and environmental issues are not my speciality but for those on my lists who are serving Royal Air Force or retired and who may not have seen this, I thought it might be useful to repeat the interesting ‘Defense News’ interview with the Chief of the Air Staff, Air Chief Marshal Sir Michael Wigston written by Aaron Mehta and Andrew Chuter along with point from a separate interview that CAS did with Aaron Mehta  and to also provide detail of what CAS said when he spoke at the Hudson Institute – this as reported by Brian W Everstine in ‘Air Force Magazine’.

If you live and work in the USA, are serving or former serving, working in the Pentagon or are engaged within the military defence industrial base, Defense News really is the ‘go to’ on all matter defence.

In addition to the ‘Defense News’ article on RAF targets to achieve net carbon emissions that I have reprinted further down the Chief of the Air Staff gave a separate interview to Aaron Mehta in which he defended aspects of the threat based Integrated Review process in so far as they impacted on the Royal Air Force.

The conversation with CAS covered lack of MASS Sentry E3D replacement by a now reduced number of three Boeing Wedgetail aircraft (CAS responded that he could work with three but did not rule out additional aircraft), questions relating to ultimate numbers of F-35 B STOVL JSF aircraft to be acquired seemingly now having been shifted down from the originally intended 138 aircraft (CAS response was effectively that as the F-35 B aircraft capability would be required to serve from HMS Queen Elizabeth and HMS Prince of Wales until well in the 2060’s because he needed to ensure the capability would be sustainable through that period meaning that purchased beyond 48 would be spread over a longer period). Finally, on the bigger picture CAS talked about the single biggest challenge he said would be profound change in freedom of operation and the need to compete for control of the air.

Answering what had been a set of good questions from Aaron Mehta, CAS denied that the RAF lacked capacity adding that this was he said not a battle about mass against technology  – believing that you can have both, CAS talked of Future Combat Air System, tactical units in the future being of 100 swarming drones, ten un-crewed combat aircraft ‘loyal wingmen’ and maybe two piloted motherships – FCAS Tempest or the US NGAD equivalent.

During his visit to the US and Pentagon last week CAS also spoke on FCAS at the Hudson Institute in respect of the ongoing development of a demonstrator then being followed by the big decision that would follow – that of design. He said that he looked forward to working with USAF on comparing progress with the US NGAD development and he is quoted as saying that the RAF wanted to work alongside AND compete with the French/German next generation fighter jet initiative and that “There is an opportunity to feed off each other, to test each other”.

CAS reminded in his address to the Hudson Institute that the RAF is working on its own version of the equivalent USAF Advanced Battle Management System of which he described as being a ‘combat cloud’ to fuse air and maritime sectors.

The RAF is, according to ‘Air Force Magazine’ which published an account of part of what CAS said at the Hudson Institute, planning a first demonstration of the system in 2022 in the North Atlantic that will be focussed on tracking and targeting a submarine.

He reminded too that Eurofighter Typhoon is the “backbone” of the United Kingdom’s air defences, and with the capability expected to fly through 2040, “the schedule is starting to get tight. Right-now” he said “I need to get going, working through what will replace the Typhoon in our quick reaction alert sheds” adding that “The clock is ticking”.

In respect of the UK Battle Management System development which he described as bringing to life the ability to move information, move data and use information so that any operator, any platform in the battlespace, can pull on the information it needs, fuse it, … and be able to make better decisions than an adversary,’ Air Force Magazine’ reports that CAS said that “he had grown tired of looking at PowerPoint slides with lightning bolt symbols joining up bits of kit without any real-world progress – I want to see this fielded operationally in my time”.

WASHINGTON and LONDON — The United Kingdom has set a requirement that its Royal Air Force have net-zero carbon emissions by 2050. But according to Air Chief Marshal Mike Wigston, the service needs to work under the assumption that it has to hit that target a decade earlier — and accept that other budget priorities will be cut to make it happen.

Speaking to Defense News during a recent visit to Washington, Wigston said the push toward net zero — where the overall carbon footprint is either reduced to zero or balanced out by other efforts to remove carbon from the atmosphere — will also be something he discusses with other air chiefs throughout this year, with a hope of finding agreements on how to move forward as a military aviation community.

“I recognize that sounds crazy to some, that we’ve got an Air Force Chief talking about being net zero,” Wigston said. “But I think the imperative is clear: our politicians will demand it of us, are demanding of us. Our public demands it of us. And the young people in the Royal Air Force today demand it of me and the leadership, that we should be taking a lead in this.”

The Air Chief’s comments came just days after the Biden administration hosted a world climate summit, during which U.S. Defense Secretary Lloyd Austin described as a threat of climate change as an “existential” national security issue, and roughly a month after the MoD released a document on adopting a new strategic approach to enhancing sustainability and reducing armed forces emission levels in order to meet wider government environmental targets.

The MoD review argued that defense will be stronger if it keeps up with new, adaptable and efficient options for reducing fuel consumption.

“We are already at the forefront of the new and growing green military agenda, trialling new types of vehicles, fuels standards, energy storage and much more. Done right, this will improve how we meet the defense and security challenges of the future,” the review states.

That effort will fall particularly on military aviation if the MoD is to meet its mandated net-zero emissions target by 2050. Two-thirds of defense fuel is consumed by military aviation, while the MoD itself accounts for half of all British government emissions.

While the 2050 target is the official deadline, Wigston has ordered his team to aim for 2040 instead, based in part on what he called a “hunch” that as the climate crisis expands, both the public and politicians will begin pushing for net zero sooner, and it is best for the RAF to be prepared.

All of the RAF’s planes are now certified to use 50 percent synthetic fuels, Wigston said. But for the service to take advantage of that capability requires getting suppliers and industry on board, while also changing the military infrastructure to accommodate new fuel sources.

The easiest part may be the first, thanks to a push on the commercial aviation side to pursue net-zero efforts. Wigston noted that the U.K. has set up a Jet Zero Council, which is focused primarily on non-military aviation. “A large part of that is about commercializing synthetic fuel production and making sure that it’s available at the pumps around the civil airspace infrastructure,” he said. “So military air forces can take advantage of that.”

The second part is harder, and it requires coordination among ally and partner air forces to make a reality. The U.K. using alternative fuels for its jets doesn’t matter if the planes are operating out of a U.S. base without that fuel on hand, after all. To that end, Wigston hopes to have serious conversations with his counterparts in 2021 about developing universal standards.

That’s “something that we are proposing to our fellow air chiefs over the next few months, so that by the end of the year, I would like to hope — and I’m certainly aiming for a common declaration amongst global air chiefs — that these are the steps that we’re going to take collectively, because this is the only way that I think we’re going to achieve this, to get to a position where we are consuming far less hydrocarbons in fuel terms.”

“The way we power our aircraft, the way we power our bases, the way we talk to our supply chain, [to] our industrial suppliers about their carbon and sustainable practices, are all going to be things that are important for all Air Forces,” Wigston added. “And it’s something that I want the Royal Air Force to take a lead in, and it’s something that I will be coming back to with my fellow air chiefs around the world to reach a common understanding of what we’ve got to do. And then declare a common ambition of how we will get there.”