On 22nd October 2018, US National Security Advisor John Bolton informed Russia of the US intention to withdraw from the 1987 Intermediate-range Nuclear Forces (INF) Treaty. If handled badly, the withdrawal will “make the world a more dangerous place.” But if done well, this can open up new opportunities for a more stable future.

The slow death of the INF Treaty

This landmark agreement is one of the last remaining anchors of arms control between the United States and Russia. It eliminated an entire category of ground-based ballistic and cruise missiles with the range of between 500 and 5500 km with conventional and nuclear warheads.

Yet the treaty has been under increasing pressure since 2013. Washington alleges that Moscow violated the pact by testing and deploying a prohibited ground-launched cruise missile system. Moscow responded with counter-accusations, including one concerning US launchers for ballistic missile defence interceptors deployed in Romania and soon in Poland. Russia claims that the US launcher could be used for Tomahawk cruise missiles.

While both parties discussed mutual allegations in a treaty-based committee and through other diplomatic channels, they consistently failed to agree on the facts let alone find a solution. Each side claimed it was in compliance and requested evidence from the other party. Neither was willing to offer more transparency to prove its non-violation.

The timing of the U.S. announcement remains a mystery. In March 2017, the US for the first time reported that Russia deployed a limited number of the cruise missiles in question. In March 2018, US officials testified that Moscow was increasing its production and deployment of the disputed system. But there has been no information on further transfers to combat units since.

More recently, the treaty appeared to be back on the political agenda. After the July 2018 Helsinki Summit, President Putin stated during his press conference remarks that both leaders have agreed to work together on a number of issues, listing the INF Treaty as one. In the month prior to the Trump-Putin summit, US and Russian representatives met for expert talks in Geneva on the disputed treaty. Following that meeting, Russian Deputy Foreign Minister Sergei Ryabkov stated that the dialogue was becoming more ‘professional and serious.’ On 23 August 2018, John Bolton discussed the treaty during talks with his Russian counterpart, Nikolai Patrushev, in Geneva. The timing of the US announcement is therefore at odds with the seemingly constructive developments over the summer.

The legal dimension may also present a challenge. It is not clear whether President Trump has the legal power to unilaterally withdraw from a legally binding agreement which required ratification by the US Senate. The President’s withdrawal from the multilateral Iran nuclear deal (political agreement) and his threats to pull the US out of NATO and from the NAFTA free trade agreement (both legal accords) set off an unresolved dispute over whether he is allowed to do so without securing Senate’s approval.

The highly probable Russian non-compliance of the INF’s main provision and both sides’ unwillingness to find a technical solution to resolve the dispute is damaging trust and traditional arms control.

The INF may join a list of international arms control and non-proliferation agreements ditched by the United States. In 2001, it withdrew from the ABM treaty which laid the ground for strategic stability between US and Russia. It recently did the same with the Iran deal. Getting out of the INF Treaty will further weaken US credibility. At the same time, engagement from Washington is necessary for any prospective arms control process to move forward.

If Washington terminates the accord, it would do so without exhausting all diplomatic measures to resolve the conflict. As the US is also accused of non-compliance, it should have first proven Russia wrong. It is not obvious why – even if Russia’s allegations are judged to be spurious – the United States does not allow Russian verification of the MK-41 launcher, when in other spheres military transparency is such a point of pride. Putting Moscow to the test by being the first to offer transparency would prove the US claim that it was INF compliant and that the other side was not. This would give it the moral and negotiating high ground, build pressure on Russia, and strengthen its position in Europe.

By choosing the mode of confrontation, Washington is acting against the broader preferences of European countries. As recently as the July 2018 Brussels Summit Declaration, NATO allies declared that they remained committed to the “preservation of this landmark arms control treaty” and to “engage Russia on this issue in bilateral and multilateral formats.”

Although the increased presence of INF-class ground-launched missiles in Europe will not significantly change the threat level to the Old Continent for years – which is already in range of Russian conventional and nuclear-armed missiles – it would further increase the potential for miscalculation and escalation in already tense relations with Moscow.

European allies will also come under increasing pressure to develop defensive and offensive military responses. The US is reviewing development options for a possible future ground-launched intermediate-range missile system, and intends to reintroduce nuclear sea-launched cruise missiles, both potentially divisive issues inside the Alliance. In parallel, while the Trump administration has still not published its Missile Defence Review, Congress has tasked the Pentagon to direct additional missile defence capabilities towards Russia. This is problematic for European NATO allies who previously agreed to a missile defence system on the condition that it will be not directed against Russia.

While freedom from INF limitations might bring Russia some marginal improvement to its capabilities and address its conventional inferiority vis-a-vis NATO, Russia might not welcome the prospect of an arms race on both its European and Asian flanks. Such considerations have made Moscow reluctant to withdraw from INF. And since it believes that Washington wants to increase its superiority over Russia by fielding ballistic missile defence and offensive capabilities in Europe and East Asia, additional military measures introduced by the US and its allies would likely fuel Moscow’s sense of being under siege, leading to a Russian military counter-response. The death of INF will also mean that the US will operate without any limitations in Asia. In face of the Sino-American rivalry in the Asia-Pacific, this should concern China.

How to make INF withdrawal a win-win

Hopefully no-one wants the nuclear arms control regime to collapse in acrimony, fuelling the existing confrontation and igniting new tensions. While preserving INF Treaty would be the best option, a managed departure from the treaty would be better than its outright breakdown. With good diplomacy, the withdrawal could be consensual, leaving open a window to constructively engage in designing further arms control agreements. This process should become a springboard to better, more modern arrangements that reflect technological developments, new capabilities and engage new actors. 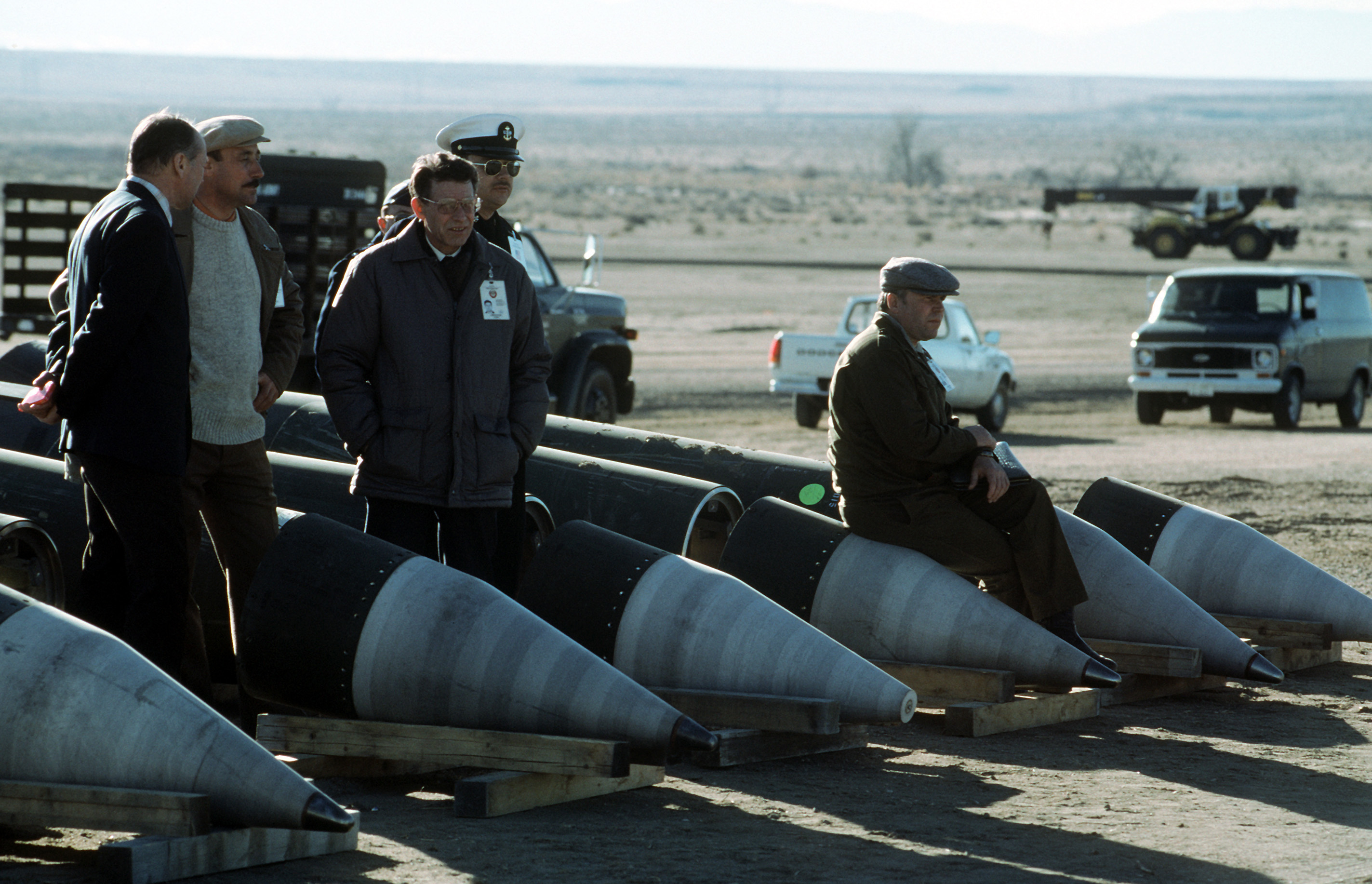 The INF Treaty: The Way Forward

Despite years of tiresome and frustrating failed attempts to engage Russia on new arms control agreements, Washington should try again. It should offer Moscow the chance to work on a modern successor to the INF Treaty and reciprocate the Russian offer to extend the New START Treaty. It should be seen not as a reward for bad behaviour, but as an investment to maintain predictability in bilateral relations, a realization of the US and Russian commitment to nuclear non-proliferation and disarmament, and as a way to sustain their credibility and global prestige. It is in the interest of the US and Russia to remain central to a functioning strategic nuclear arms control regime to shape the evolving global nuclear weapon landscape.

Another Trump-Putin meeting on the sidelines of the G20 Buenos Aires Summit (30 November 2018 – 1 December 2018) or a visit of President Putin in the White House at the beginning of 2019 would be a great opportunity to launch such talks.

The opinions articulated above also do not necessarily reflect the position of the European Leadership Network or any of its members. The ELN’s aim is to encourage debates that will help develop Europe’s capacity to address pressing foreign, defence, and security challenge