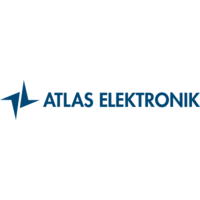 Part of Thyssenkrupp and with a long history of operating in the UK, Atlas Elektronik UK (AEUK) is a fast-growing provider of innovative maritime systems that are exported to 38 navies worldwide. This is a company that had long taken a view that success requires new thinking, new solutions, ongoing investment in research and development.

My recent visit to the highly invested Atlas Elektronik facilities in Dorset was extremely enlightening. While Atlas Elektronik UK was a company that I had long known by name this was to be my first visit to a company whose specific UK routes and history go back through DERA (the former Defence Evaluation & Research Agency that morphed into QinetiQ) and beyond before eventually morphing itself to become Atlas Elektronik UK and the present ownership structure.

What I learned on this visit is that Atlas Elektronik UK is not only a vibrant and very exciting company but one that is determined to further grow. This is a company that has cutting edge technology writ large through its heart, one that is about providing innovative technology and affordable solutions, listening to its customer, investing in its own future and one that is full of enthusiasm.

UK Managing Director Antoni Mazur emits a mix of realistic confidence, enthusiasm and absolute determination to further grow this very interesting company. Back in 2009 Mazur had been responsible for the acquisition of QinetiQ’s Underwater Systems Division by Atlas Elektronik GmbH and ever since then, he has been leading Atlas Elektronik UK. Mazur is someone who clearly loves what he does – just as he is also one determined to see the company grow faster in the years ahead.

Atlas Elektronik UK is one of those companies that we can say plays well into the hands of what we are now led to believe as being UK government industrial strategy – meaning the requirement to invest in innovation, science, new technology and with the word exportability also being key.

So, who are Atlas Elektronik UK and what do they actually do? Put simply, AEUK provides innovation for underwater systems for the Royal Navy and other navies internationally and since 2010, it has become a major supplier to the UK MOD of sonar hardware/software and other defence maritime services.

Having invested heavily in its UK Winfrith, Dorset Headquarters over the past decade, Atlas Elektronik UK is able to boast what I would describe as being a ‘unique’  range of in-house test and integration facilities designed to support a strategy of continuous growth and in supplying UK and global market customers with a range of submarine and ship systems, including sonar, autonomous systems, marine electric actuation and mine counter-measures.

The company also has waterside access in Portland Harbour and this provides AEUK and its partners with an excellent range of facilities in order to test systems at sea, particularly those from its Autonomy portfolio. Today, AEUK can in my view be regarded as a highly successful and very well-respected and innovative maritime systems company – one that is also a leader in its specific fields and one that has an abundance of growth potential.

With total justification, AEUK also prides itself on a strategy of operating through all phases of acquisition and engineering lifecycles – from concept, development, build and thence full In-service and through life support.

With 530 employees, revenue growth in excess of 8% annually and with global presence and support operations in 12 countries, AEUK is the largest subsidiary within the ATLAS ELEKTRONIK Group and which is itself owned by Thyssenkrupp Marine Systems.

Some of the key strategic thinking elements and themes at the heart of Atlas Elektronik are to anticipate what customers will need tomorrow, ensure that you continue to move forward on the built up legacy of providing continuous innovation, efficiency, never take the eye off the ball, analyse customer needs and ensure that you have the ability to deliver more for less (a commercial imperative these days not to mention also being a necessary engineering principle, ensuring the ability to be flexible to customer needs and  finally, the ability to be able to pride yourself on third-party integration capabilities.

Atlas Elektronik prides itself on being a trusted partner who can support and, where appropriate, challenge requirements, with ideas. The company has built a strong reputation in development and delivery of defence systems built specifically to match customer need just as it also has in providing unsurpassed levels of customer support, in ensuring availability and continuous through life performance.

Atlas Elektronik rightly prides itself on having successful graduate and apprentice schemes. These continue to grow and are crucial not only in supporting the future of its business operation with the engineers, project managers and highly skilled personnel that it will need as it continues to grow. What follows are just a couple of examples of what the company has been involved on over the past few years for the UK MOD:

The Royal Navy has a long and very successful record in mine clearance and it seeks to remain so and as a world leader in autonomous Mine Countermeasures capabilities. Thus, it was hardly surprising that references within the ‘Integrated Review’ process in regard to proposed decommissioning of the current now ageing fleet of Royal Navy mine clearance vessels and their ultimate replacement by a fleet of unmanned minesweeping systems capability was highlighted.

‘Project Wilton’ has involved a very interesting period of design, development, build and trials work undertaken by Atlas Elektronik UK and the MOD customer in order to deliver the first unmanned minesweeping demonstrator system capability to the Royal Navy. This has been a particularly fascinating example of how, through ongoing investment in innovative maritime technologies, the company has been leading the way in specialist forms of unmanned naval based technology capability. Autonomy and modular open systems technology are at the heart of the business and the initial capability provided to the Royal Navy by Atlas Elektronik and that uses the company’s proven autonomy software has enormous future potential and is already in service I believe with 3 international navies.

Autonomous based maritime solutions technology supplied by Atlas Elektronik UK includes a range of behaviours and Sense & Avoid capabilities. Not surprisingly, the company are engaged on a continuous process developing increasing levels of intelligent autonomous maritime capabilities that support the removing of military personnel from danger and that is also working on various defence maritime engineering projects that cannot be mentioned here

‘Mines’ continue to present an ever-growing threat to maritime commercial and naval traffic owing to their low-cost and relative ease of deployment. Mine countermeasures (MCM) is principally conducted either through finding and destroying a mine (mine hunting and disposal), or through intentionally causing a mine to detonate (mine sweeping). The ARCIMS-based MCM mission systems provide navies with the capability to defeat advanced threat mines through the selection of either a mine hunting, mine sweeping or mine disposal payload,

Dubbed the ‘autonomous minesweeper’ by some, the capability provides naval commanders with the ability to defeat mines that cannot be countered by existing legacy based mine hunting techniques whilst at the same time significantly reduces risk to crew members. Designed to defeat the new generation of digital mines, the system comprises of an 11-metre-long unmanned surface vessel towing three coil-auxiliary boats equipped with electrodes and sensors for detonating mines.

The crucial importance of gathering up to date hydrographic data, maintaining the integrity of coastal waters, ensuring safety of navigation and resilience of key national infrastructure at UK ports and national security had three years aga seen the Royal Navy replace its veteran survey ship, HMS Gleaner with a new vessel supplied by Atlas Elektronik UK, HMS Magpie, is another fascinating glimpse of what the company does and of future potential requirements.

HMS Magpie is an 18-metre Royal Navy catamaran, one that is full of sophisticated technology including the latest high-resolution, shallow water multi-beam echo sounder and side-scan sonar along with having the ability to launch remote controlled under water devices in order to search wide areas of the seabed for obstructions and mines. Importantly, the vessel can also stay at sea far longer and better cope with rough seas than her predecessor.