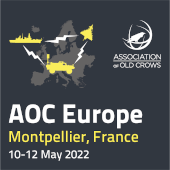 14 May 22. By its very nature Electronic Warfare (EW), now Electromagnetic Warfare, has been seen as a niche, Black Art, whose incumbents, after World War 2  formed a club called ‘The Old Crows.’ These experts meet in their Country Chapters annually and in Washington DC where the main AOC event takes place. The technology involved is complicated and requires an intelligence level above average to enter this esteemed club. The technologies involved now stretch from EW thru cyber to 5G and AI.

The Association of Old Crows (AOC) is an organization for individuals who have common interests in Electronic Warfare (EW), Electromagnetic Spectrum Operations (EMSO), Cyber Electromagnetic Activities (CEMA), Information Operations (IO), and other information related capabilities. The Association of Old Crows provides a means of connecting members and organizations nationally and internationally across government, defense, industry, and academia to promote the exchange of ideas and information, and provides a platform to recognize advances and contributions in these fields.

The name “crow” emerged from the first large-scale use of Electronic Warfare during the WWII Battle of Britain and the US/Allied bombing raids over Europe. The Allied Radar Countermeasure operators used the code name “ravens” and employed receivers and transmitters to monitor and jam threat frequencies. Military jargon later changed “ravens” to “crows.” Since that time, the defense of (and maneuver within) the Electromagnetic Spectrum (EMS) has been undertaken by “crows” across the military, government, industrial base, and academia.

The complex nature of the technology involved creates several obstructions to promoting such technology in the mainstream defence media, these include the level of secrecy of some of the technologies involved, the level of technology involved and the ability of the companies to distribute this in readable form to journalists and crucially the availability of journalists and publications to disseminate and comment on these crucial technology developments which form the front line of protection on land, sea and air. 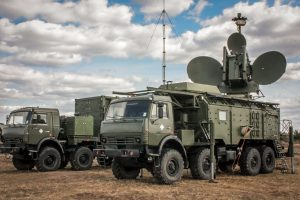 The Ukraine War, in which Russia has deployed a considerable EW capability, has focused minds on EW technologies, particularly as Russia has its own ‘EW Day,’ on April 15th. As our readers know, BATTLESPACE has majored on C4I technologies from our inception and covered EW and Cyber issues, using recognised subject matter practitioners, given the knowledge base required to comment. The demographic base of defence journalists and commentators sees a dwindling band of such subject matter experts. JED, has been the EW bible for years and remains so but other publications use this dwindling band of experts! The industry needs an injection of you techie talent to write on the new technologies on the battlefield.

However, on visiting AOC Europe 2021 in Liverpool the Editor saw a convergence between the EW technologies on display and the technologies which BATTLESPACE regularly writes about such as multi-domain comms, radios, radars, C-UAS and other comms and technology issues.  Discussions with the ECS-TCI team at AOC Europe 2021 confirmed to the Editor the convergence in EW,  radar and C-UAS technologies.  It was to this end that we decided to produce a special issue to go with the AOC 2022 event in Montpelier after discussions with the TCI-ECS team at Liverpool which clearly showed how EW and C-UAS technologies converged, hence our C-UAS Feature in the May issue. Indeed, this was emphasised at EW Europe 2022 where the UK speakers said that the development of an EW layer for Morpheus (now TACIS), was crucial development in the deployment of any new Bowman replacement to ensure the forces remain protected on the battlefield.

AOC Europe 2022 provided the largest list of exhibitors, 80, ever and showed how the interest in EW technology is growing. Steve Baker, Head of Delegations at Clarion, agreed with the Editor that there were big growth prospects for the AOC event.

The Battlefield Systems event attracted the cadre of soldiers involved in writing and advising senior MoD officers on future C41 systems; thus they were the colonels, majors and warrant officers from the technology branches, not senior officers from the infantry and cavalry. This cadre is very much the audience for AOC Europe events. 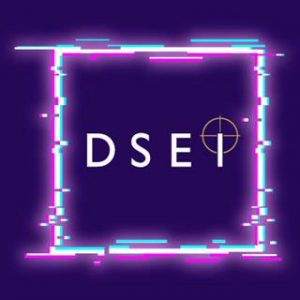 BATTLESPACE has eagerly supported DSEI from its inception but has urged Clarion to embrace these small and specialist technology SMEs involved in EW, C4I, computing, software radar and radio technologies into one Technology Park to enable them to be supported against the might of the BAE Systems and Thales of this world. It is very unlikely that an Escorting Officer will take his delegation to a specialist technology company as the General will ask him questions about the technology which he cannot answer! The lack of a Show Daily at DSEI 2021 also gave less of a voice for these companies which is why BATTLESPACE worked with UKTI to develop a microsite for their exhibitors, which proved a great success.

So, Clarion needs to take up the cudgel and work with The Old Crows, the media and industry to make AOC Europe ‘THE’ European Multi-Domain Commutations event embracing all those crucial and emerging technologies to protect our troops in a multi-domain world.