Aimpoints FCS13RE is Dynamic universal reflex sight (DURS) for use on multiple weapon platforms. It was first developed for the 84mm Carl Gustaf to increase the hit percentage on that weapon system and it performed very well with that.  During test firing with the FCS13RE on other weapon systems such as 12,7mm heavy machine gun and 40mm automatic grenade launchers we saw that it performed extremely well on those weapon systems despite how small it is compared to other competing systems. We were on target in the first firing sequence all the time.  This is how the FCS13RE MW (multi weapon) came to life and FCS13RE is now in service in roughly 16 countries worldwide on a variety of weapon platforms ranging from M134 Minigun to 84mm Carl Gustaf. 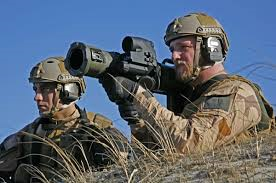 The FCS13RE MW consists of an eye safe 1550nm laser range finder, a ballistic computer with the capability to store more than 50 different ballistic algorithms, and a parallax free optical channel with unlimited eye relief. The FCS automatically compensates for the ballistic drop of projectiles at measured distances, factoring in variables that affects the trajectory.

It is a direct view optic sight which will give the user full battlefield awareness all the time. The FCS is compatible with all generation’s night visions devices, this mean that the soldier can use their standard NVD to operate the sight during night operations.

The FCS13RE MW compensates for:

With the software in the FCS13RE MW you can choose between the following weapon platforms: All generations of 84mm Carl Gustaf, 40mm high velocity AGL such as H&K GMG and machine guns with caliber ranging from 5,56mm to 12,7mm.

Basically, you can put the FCS13RE on what ever weapon platform you have and you will dramatically increase the hit percentage.

The user can easily change the sight from one weapon platform to another in a matter of a few minutes. The sight will automatically save the zeroing for each weapon type.

Moving targets can be engaged completely dynamically, meaning that a target on unknown distances and unknown speed can be engaged. The red dot will adjust automatically with the correct lead angle and the user only puts the red dot on target and fire. 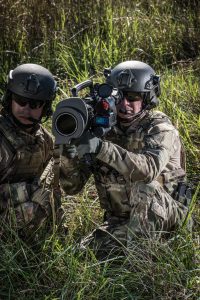 The FCS13RE MW can program the most common types of 40mm airburst ammunition. This will give the user ability to engage targets in defilade with different program modes so called “string of pearls”.

The modern soldier needs to be an expert on a lot of things, with our FCS13RE MW the soldier only needs to know one sighting system for the all their heavy weapons. This will reduce the training and cost for training a lot. With the very good hit probability with our system, ammunition cost will reduce significantly. 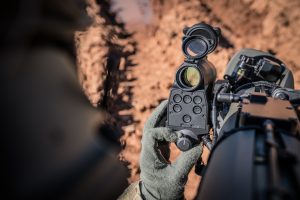 TH60 is a thermal clip-on that user attach to the FCS, it is an in-line afocal attachment. TH60 generates superior IR imagery ensuring target recognition at the maximum range for increased lethality.

3XL is a magnifying module with 3x magnification, designed for use together with the FSC13RE. It has a 15-degree field of view which allows the operator to see the full ballistic window.