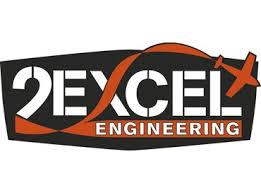 It is pleasing this morning to comment on one company in the aviation sector that is not only doing extremely well through the C-19 pandemic but that is also readying itself for planned expansion. 2Excel Group, a company that I have written on in the past, announced over the weekend that it had now completed a refinancing package – one that should now allow the group to super-charge growth plans whilst at the same time, underpinning the balance sheet.

In what has been its busiest-ever year of flight operations, one in which the company recently reported that it operated a record 2,373 number of individual flights during 2020 from Doncaster-Sheffield Airport (the former RAF Finningly) welcome confirmation that the company has now completed refinancing arrangement and that London based private asset management investment organisation Signal Capital Partners which has close to £2 billion of assets under management will provide 2Excel Group with long term financial support that will allow the organisation to pursue its ambitious expansion plans is not only excellent news for the organisation and its 200 plus employees, but for the aviation industry as a whole.

I had previously highlighted that 2Excel Group, which is 51% employee owned through its Employee Ownership Trust and has annual revenue in excess of £35 million, would at some point need to restructure its financing arrangements and it is pleasing to see that, as the company readies itself for further expansion, it has now secured backing from Signal Capital Partners in order to support its future plans.

2Excel Group activity is organised around three main business lines – Capability Development, Specials Mission and Charter. The company which apart from Doncaster-Sheffield Airport has bases at Sywell Aerodrome in Northamptonshire and an engineering base (note that 2Excel Engineering which has a different ownership structure and is not part of the refinancing agreement) located at Lasham Airfield in north Hampshire, all of which I have personally visited.

Suffice to say that it has been a fascinating company to observe over the past couple of years as it has continued to expand and with its refinancing now complete the future is expected to be equally interesting. 2Excel Aviation customers include Government Departments, defence, national infrastructure, oil and gas industries and airline charter brokers. The company is also well-known as the operator of the Blades Aerobatic display and passenger experience team.

The company is already a highly respected force in a number of different markets and has an excellent record of success in winning contracts against larger competitors. Last November 2Excel Aviation’s Special Missions Division marked completion of the first year of operating King Air Turboprops and Panther reconnaissance aircraft for the Maritime and Coastguard Agency. 2Excel Aviation also operates two Boeing 727 aircraft in regard of Oil Spill Response and last year these aircraft completed close to 2,500 hours flying.

This is a service-based company throughout and one that prides itself in levels of support provided to clients. Of the 28 aircraft owned 18 are based at Doncaster-Sheffield Airport. The company is also now using a Boeing 757 that will be used as a test aircraft for the RAF ‘Team Tempest’ programme and operates two Boeing 737 commercial jets in its charter division.

As a company that will be marking its 15th anniversary of operations later this year and one that has also created as the world’s only commercial aerobatic airline, 2Excel Aviation has achieved great success as it has gradually expanded into providing contract-air services for the UK Government, the oil and defence industries as well as VIP charter flights. These along with the separately owned and structured aerospace engineering activities which employ an additional 250 staff comprise a broad range of activities that are in my view well placed for future growth.

Despite what a great many companies engaged in the UK aviation industry have suffered through the C-19 trauma over the past year, 2Excel Aviation has continued to grow through what few would argue has been a very difficult year.

Worth noting too that in just short of 15 years 2Excel has grown from just five people and four aircraft at its launch to a company today employing over two hundred highly skilled individuals and 28 aircraft and that the company is majority owned by the employee shareholder.

The result of its careful and well managed growth is a company that is now rightly considered to be one of the UK’s leading, cutting-edge aerospace engineering support companies and special mission operators, one that boasts the breadth of wide ranging capabilities found in larger aviation based organisations but one that because it has offered the customer what he wants rather than tell them what they can have has retained the combinations of flexibility, agility whilst retaining the lower cost base found in small and medium-sized enterprise that generally have lower fixed costs and overheads.

“We begin 2021 with extremely solid foundations and with a plethora of opportunities. Signal Capital Partners are the right partner for us and this agreement will super-charge our growth, allowing us to make the most of these opportunities. “While the coronavirus pandemic has undoubtedly affected some of our business lines, our policy of diversification provides resilience in unforeseen circumstances and has allowed us to survive and thrive even through this crisis. 2Excel remains uniquely positioned thanks to our suite of approvals, our credibility with the Regulator and our control of our third-party risks. Our workforce has pulled together to deliver our operational plans and, through that collective and cohesive effort, this financial success. We look forward to the future in partnership with Signal.”