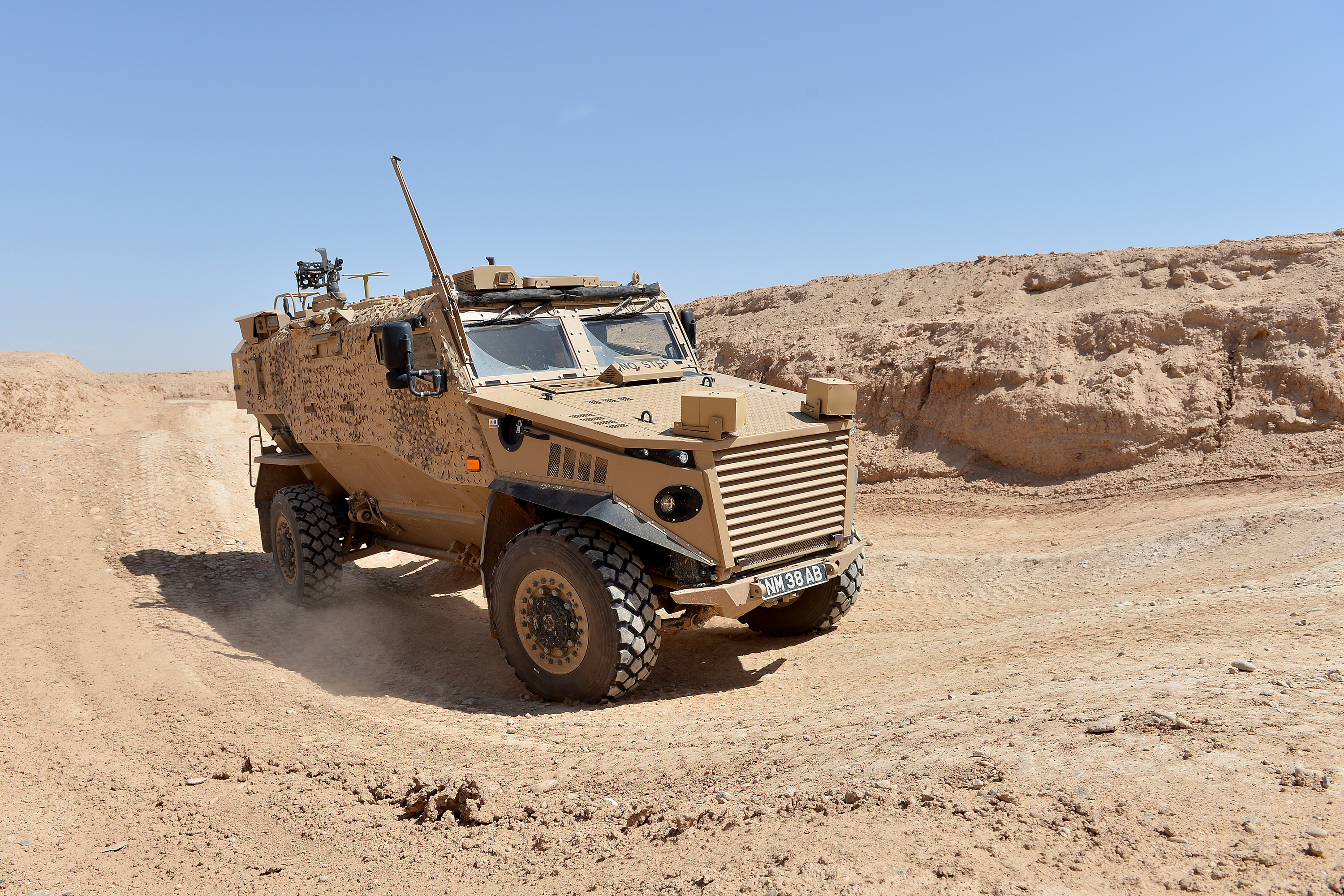 A Foxhound Light Protected Patrol Vehicle on operations in Afghanistan.

The Foxhound is at the cutting edge of protected patrol vehicle technology and provides unprecedented levels of blast protection for its size and weight. These patrol vehicles underwent final testing in the dusty and hot conditions of the Helmand desert before being deployed on operations.

Foxhound has been specifically designed and built in Britain to protect against the threats faced by troops in Afghanistan. However, this is an agile and versatile vehicle that will be a mainstay in the Army for years to come.
Being lighter and smaller than other protected vehicles such as Mastiff and Ridgeback, Foxhound brings a whole new capability to the Army and is ideal for soldiers operating in mentoring and partnering roles.

General Dynamics Land Systems: Force Protection Europe (GDLS:FPE), who produced Foxhound, worked with engineers from the World Rally Championship, McLaren F1, Ricardo and BMW to incorporate motor racing technology. Foxhound has a top speed of 70mph but can still protect against improvised explosive devices thanks to its v-shaped hull.

Other innovative design features mean that the Foxhounds engine can be removed and replaced in just 30 minutes and it can drive away from an ambush on only three wheels.