As the British Army’s programme to procure the Ajax family of tracked armoured fighting vehicles (AFVs) continues to hang in limbo, also hostage to fortune is the service’s planned restructuring of its armoured formations.

In a report published on 3 June the House of Commons Public Accounts Committee (PAC) lambasted the UK Ministry of Defence (MoD) over the Ajax programme, stating that it has “gone badly wrong, with no deployable vehicle delivered to date”. 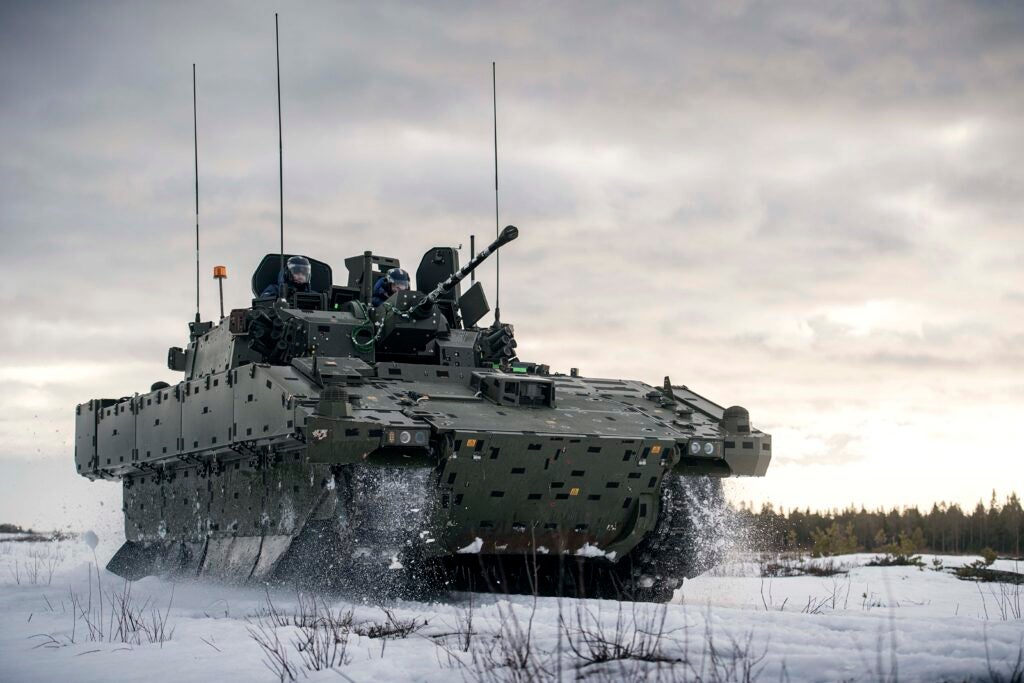 On 11 March the National Audit Office had already stated that delivering on the Ajax programme remained “a significant challenge” for the MoD. The NAO noted that the MoD’s original capability requirements for Ajax were highly specified, numbering around 1,200, “making Ajax more complex than other armoured vehicles”. These requirements were also subject to many changes, causing disputes between the MoD and GDUK and extending programme delays even further, the NAO said.

Is Warrior a solution?

Meanwhile, under a November 2021 reorganisation of its Strike Brigades concept, the British Army’s 3 (UK) Division is to comprise two armoured brigade combat teams (BCTs) – 12 and 20 – along with 1 Deep Recce Strike BCT. The armoured BCTs are to have a tank regiment with Challenger 3 main battle tanks, an armoured cavalry regiment with Ajax reconnaissance vehicles, mechanised infantry battalions in Boxer multi-role armoured vehicles (MRAVs), along with logistics, medical, and repair units, as well as light-role infantry battalions.

So, what happens if the Ajax programme is ultimately cancelled? One potential solution would be to upgrade rather than retire a portion of the British Army’s fleet of around 769 Warrior infantry fighting vehicles (IFVs), which are due to be replaced by 528 ARTEC Boxer MRAVs (the Warrior Capability Sustainment Programme having been cancelled in March 2021).

Leicestershire-based Digital Concepts Engineering (DCE), which has already ‘robotised’ a Warrior during the MoD’s ‘Autonomous Warrior – Land’ experiment in 2018, has used that experience to propose a Warrior turret upgrade that it describes as a “low-cost, 80% solution” that would substitute for Ajax.

The most notable aspect of this proposal is that it would effectively stabilise the Warrior’s 30mm Rarden cannon, allowing the vehicle to fire on the move and thus enhancing its lethality and survivability. The DCE upgrade would additionally provide a digital turret interface facilitating the addition of a vehicle battle management system and ‘slew to cue’ capability to reduce the cognitive burden on the gunner.

Lionel Nierop, DCE’s business development director, told Army Technology on 30 June: “I think in six months we could go from where we are now to something approaching field deployable.” He described the company’s solution as a “get out of jail free card” for the British Army on its Ajax dilemma.

Last month it emerged that, with no prospect of Ajax vehicles in sight, Warrior IFVs were, in fact, issued to a squadron of the Royal Dragoon Guards in May to facilitate trials of how armoured cavalry regiments could provide reconnaissance support for the British Army’s new BCTs.

The Royal Dragoon Guards, along with the Household Cavalry Regiment, Royal Lancers, and King’s Royal Hussars, were originally due to be equipped with Ajax AFVs between 2021 and 2024.

A vehicle solution based on GDLS’ Spanish ASCOD AFV chassis was selected by the MoD for its Scout SV requirement in March 2010, with GDUK receiving a production contract worth £3.5bn on 3 September 2014 covering the delivery of 589 Scout SV vehicles: 245 turreted Ajax variants; 256 Protected Mobility Recce Support (PMRS) variants, and 88 engineering variants.

An initial four Ares reconnaissance support variants of the Ajax family were first delivered to the British Army in 2018, at which point the British Army’s Strike Brigade concept was expected to reach initial operating capability by 2025.